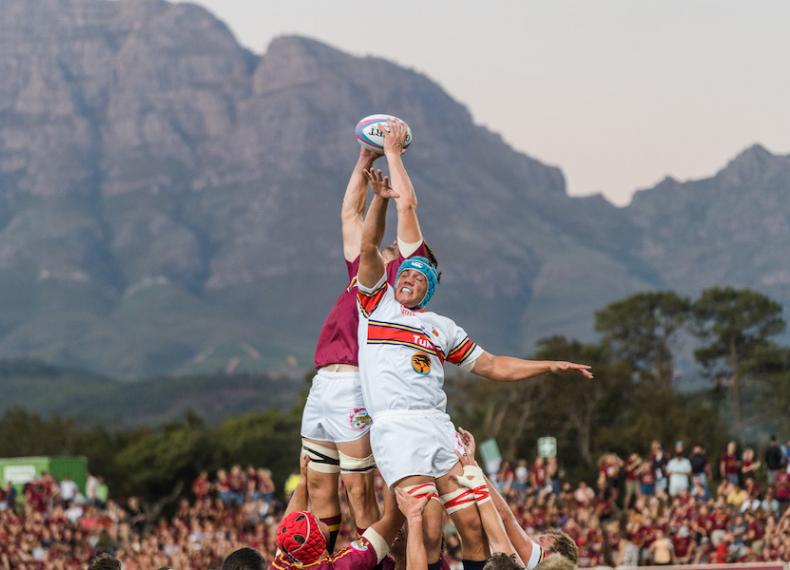 UP-Tuks lose to Maties but stay top of the log

It seemed more like a wrestling bout than a rugby match at some stages but the FNB Maties held their nerve to beat log-leaders FNB UP-Tuks 13-7 at Danie Craven Stadium in Stellenbosch on Monday night.

The opening exchanges were immensely physical and while FNB UP-Tuks were able to keep the FNB Maties from scoring one got the feeling the men in maroon were slowly finding their rhythm.

Two consecutive lineouts saw the visitors being penalised for illegally stopping the Maties attack before some continuous pressure was rewarded when home captain Ben-Jason Dixon dove over. Flyhalf Reinhardt Fortuin added the extras and the home side were first on the scoreboard – 7-0.

Unfortunately they promptly went to sleep as the visitors went over shortly after the restart courtesy of big winger Stefan Coetzee with his flyhalf Theo Boshoff easily converting.

Fortuin nudged his team baxck ahead courtesy of a 22nd-minute penalty which rounded out the scoring for the first half with the wind making conditions extremely tough for both teams.

With the score at 10-7 both teams should have felt whoever scored first after the break would grab the match by the scruff of its neck.

Channelling his inner Frans Steyn, Maties pivot Fortuin walloped over a long range penalty to make it 13-7 shortly after play had resumed.

However, due to the FNB Varsity Cup rewarding tries which start in a team’s own half the UP-Tuks were only a single score away from the lead.

A nasty clash saw the big frame of UP-Tuks prop JP Smith leave the field due to a likely concussion with front row replacements Llewellyn Claasen, Ethan Burger and Mogau Mabokela all sent into the fray. There was a bit of a flashpoint when the referee and his assistants seemed to miss a cheap shot on Fortuin.

A further long range attempt just dipped under the crossbar and the score remained the same going into the final ten minutes.

Some terrific defence and the boot of fullback Anton du Toit kept the visitors away from the tryline and it was with great relief that the final whistle went and the Maroon Machine kept their unbeaten start to the 2020 FNB Varsity Cup going.

Maties next host old foes FNB UCT at the Danie Craven while UP-Tuks travel on the N3 for their battle against FNB Wits in Johannesburg, with both teams looking to consolidate their positions as log leaders and put some daylight between them and the chasing pack.