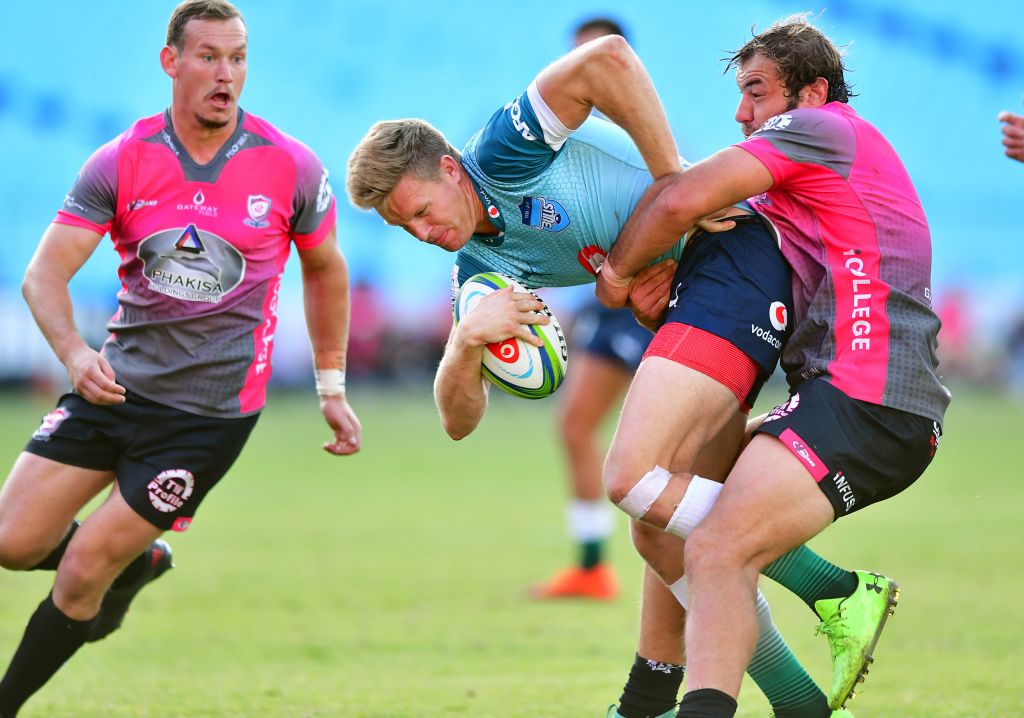 Vodacom Blue Bulls leave Nelspruit with a win in the bag

A hat-trick by Vodacom Blue Bulls speedster Rosko Specman steered the team to their first victory of the season in the Currie Cup, with the side defeating the Phakisa Pumas 25-17 at the Mbombela Stadium on Friday night.

It was a game fueled by desperation – in the DirectAxis Financial Services supported competition – as both teams gave everything in the hope of earning a victory to stay alive in the competition after defeats in their opening two games, and the scoreboard reflected this from start to end.

The first half was tight as both teams ran hard at one another, which resulted in a balanced display with most of the rugby being played in the middle of the field. But it was two tries by Specman – one from an intercept and another from a sharp pass which he gathered – that handed them a 12-10 halftime lead.

The Phakisa Pumas struck first in the third minute after capitalising on a vital turnover, with the team displaying fantastic energy on attack and good support play, which paved the way for winger Etienne Taljaard to dash over the chalk, and the conversion saw them take a 7-0 lead.

They threatened to score on a handful of occasions as the half progressed, but turnovers at crucial times denied them from scoring. A successful penalty goal shortly before halftime, however, allowed them to enter the break two points down at 12-10.

Vodacom Blue Bulls flyhalf Marnitz Boshoff extended his team’s lead in the opening minutes of the second half with a penalty goal, but this was cancelled out 10 minutes later as Phakisa Pumas flanker Willie Engelbrecht gathered the ball from a charge-down to score.

The hosts continued to create chances, but handling errors continued to cost them, and they let the lead slip with 11 minutes to go as Vodacom Blue Bulls replacement flyhalf Manie Libbok kicked a penalty goal to nudge his charges 18-17 ahead.

Specman added his hat-trick try shortly after, touching down on the edge of the deadball line from a stunning grubber by his former Blitzboks team-mate, Dylan Sage, which handed the men from Pretoria a handy lead going into the final minutes.

The hosts fought until the end, camping on the visitors’ tryline and trying to use their forwards to power their way over the line, but the Vodacom Blue Bulls defended with intent and managed to shut them out.

The Phakisa Pumas earned a vital penalty in the dying seconds, which gave them a chance to earn a bonus point, but the goal attempt was unsuccessful, forcing them to settle for a 25-17 defeat.