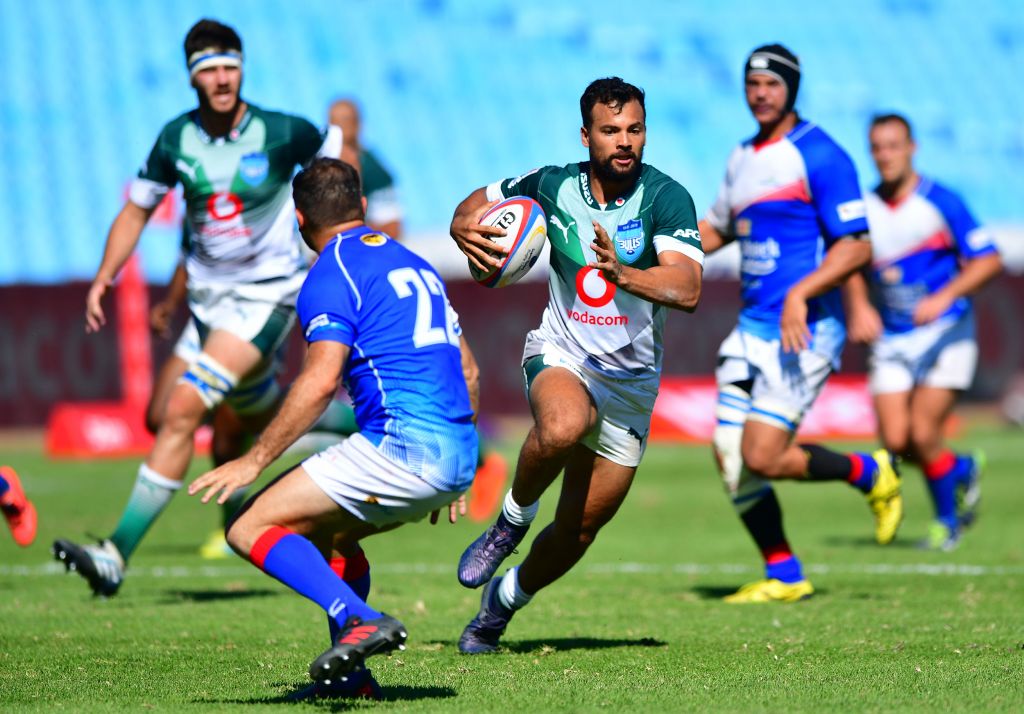 The Vodacom Blue Bulls bounced back to winning ways in impeccable fashion as they thumped the Windhoek Draught Welwhitchias 87-21 (halftime 49-0) in their SuperSport Rugby Challenge match at Loftus Versfeld on Saturday afternoon.

The home team flew out of the starting blocks and ran in seven unanswered tries in the opening half.

Flank Ruan Steenkamp opened the scoring and his efforts were followed up by scrumhalf Embrose Papier, wings Duncan Matthews and Travis Ismaiel while outside centre Erich Cronje bagged a hat-trick.

Inside centre JT Jackson was on target with all seven conversions to contribute to the 49-0 halftime score.

It took the Blue Bulls four minutes into the second half to continue their dominance as fullback Earll Douwrie touched down and this was followed by flyhalf Fiela Boshoff six minutes later. Jackson could only convert Douwrie’s try.

The visitors got on the scoreboard minutes later as flank Leneve Damens crossed the try line. Fullback Cliven Loubser added the extras.

The men from Pretoria did not take long to return to their scoring ways as wing Duncan Matthews and flank Nic de Jager found their way to the line.

Replacement utility back Oderich Mouton stuck his hand up for the Namibians shortly before the end of the third quarter but the hosts responded with two tries courtesy of replacement flyhalf Vaughan Isaacs and replacement prop Madot Mabokela. Isaacs converted both attempts at the extras.

The Welwhitchias scored a consolation try through no.8 Adriaan Booysen and flyhalf Pieter Steenkamp’s conversion was successful but it was not enough to stop the stampede as the Vodacom Blue Bulls emerged as 87-21 victors.