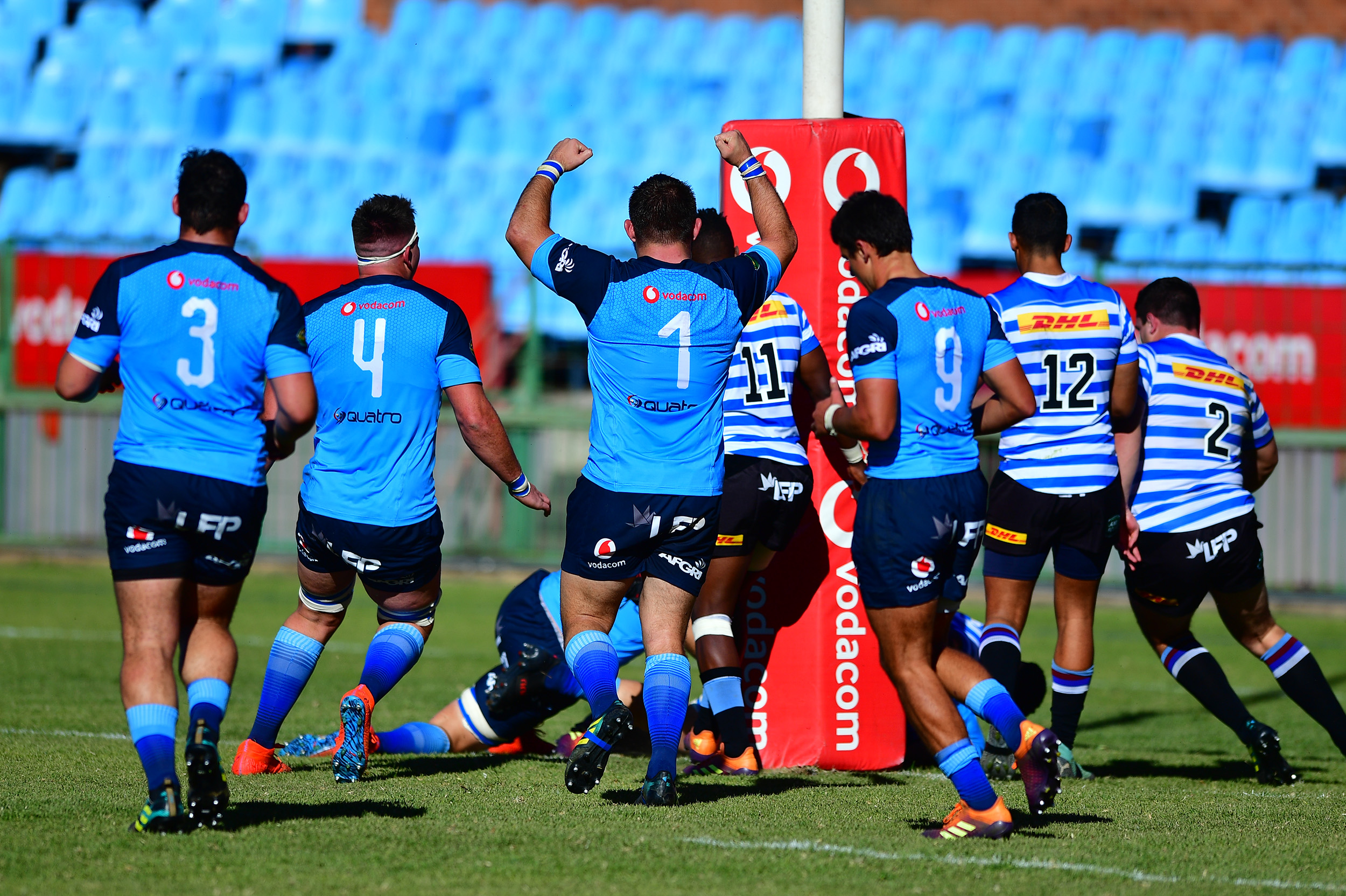 A blistering second half start and a powerful display by their pack of forwards eased the Vodacom Blue Bulls to a comfortable 36-25 win over DHL Western Province in the opening match of the 2020 SA Rugby Under-21 Championship at Emirates Airline Park on Sunday.

The Pretoria side held a slender 12-6 lead at the break in Johannesburg but scored three tries in quick succession early in the second half to take a 29-6 lead after 55 minutes, which all but sealed the deal for the defending champions.

The Capetonians came back gamely from that salvo, with three tries by their Blitzboks winger, Angelo Davids, some reward for their scratchy effort.

In the end, the Vodacom Blue Bulls outscored their opponents six tries to three, a fair reflection of the dominance they enjoyed. Flyhalf Ruben Beytell missed six kicks at goal that prevented a total blow out score.

The first half saw Beytell and WP’s Ruan Mostert both missing with opening penalties, before Mostert put his side ahead after 12 minutes.

Five minutes later, the men in blue scored a beautiful try as Stravino Jacobs (wing) was worked over in the corner, following a strong scrum, with Beytell converting from the touchline.

Mostert kicked a long range penalty goal after 22 minutes to cut the lead to one. Beytell missed a long range effort of his own, but the Bulls’ lead was extended after a powerful rolling maul by his pack saw Joe van Zyl (hooker) scoring. The conversion was wide, leaving the Pretoria side with a six point margin at the break.

Three tries in ten minutes at the beginning of the second half broke the Cape side’s back.

Diego Appolis (centre) got the first of those from a storming run by Jan-Hendrik Wessels (prop) before a mighty scrum from Wessels and company allowed Johan Mulder to score after darting around the blind side which caught the defence napping.

Not to be outdone by Wessels, Eduan Swart (tighthead prop) scored the third of the second half following a power run. He was put in possession 30m out and bulldozed his way over the line. Beytell converted for a 29-6 lead.

A rash of replacements by both coaches halted the rhythm of the match and as fatigue set in, mistakes increased.

The impact from the bench added some direction to the Cape side’s attack and Davids finished off a sustained attack with a fine try in the left corner. One of those replacements, Kade Wolhuter, kicked a good conversion to close the gap.

The Vodacom Blue Bulls regrouped quickly. Another powerful scrum by their pack forced DHL WP on the backfoot and Jacobs got his second after good interplay with fullback Richard Kriel.

DHL WP realized their best chances were in their winger’s hands and Davids did not disappoint. He got his second after a good backline attack  and his third after a good 40 meter run, with an inside swerve beating the cover defence.