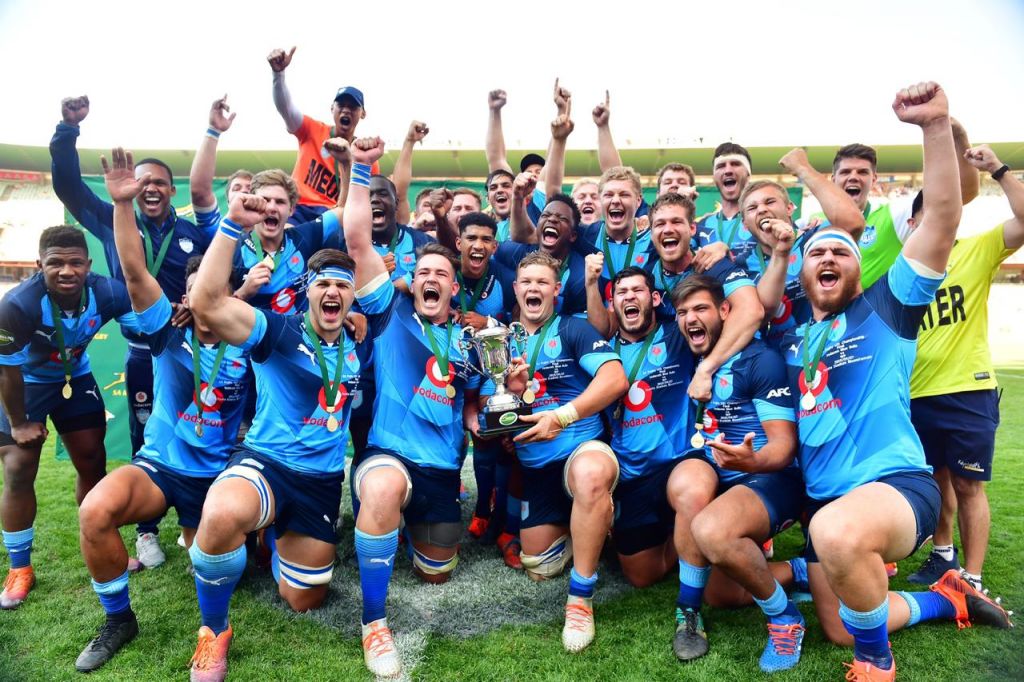 The Vodacom Blue Bulls U21 put in a strong second half performance to claim the SA Rugby U21 Championship title after overturning a 3-20 half-time deficit to beat DHL Western Province U21 at the Toyota Stadium in Bloemfontein on Saturday afternoon.

It was the log leaders from Pretoria that opened the scoring as flyhalf Theo Boshoff landed a penalty goal before his opposite number David Coetzer found the mark with two penalty goals.

A yellow card to Mornay Smith for a dangerous clean out allowed the men from Cape Town the opportunity they needed to score two quick tries before the break as flank Shaine Orderson and scrumhalf Vusile Dlepu crossed the whitewash.

Coetzer converted both tries to hand the Blue and White Hoops juniors a healthy 3-20 lead at the break.

The half-time talk in the Vodacom Blue Bulls U21 shed must have been one of epic proportions as they “home team” came out firing in the second stanza.

Tries by flank Stephan Smit and Gershwin Mouton were converted by Boshoff while the pivot also landed a second penalty to level the scores.

A third penalty goal saw the lead change hands which was consolidated by a converted try courtesy of replacement lock Carl Els saw the Vodacom Blue Bulls U21 secure a ten point lead.

Just as Boshoff did in the semi-final against the Cell C Sharks U21, a crucial drop goal made DHL Western Province U21s’ comeback virtually impossible.

They did score a consolation try via flank Gift Dlamini which Coetzer converted but it was not enough as the Vodacom Blue Bulls U21 had done enough to secure a 33-27 victory.