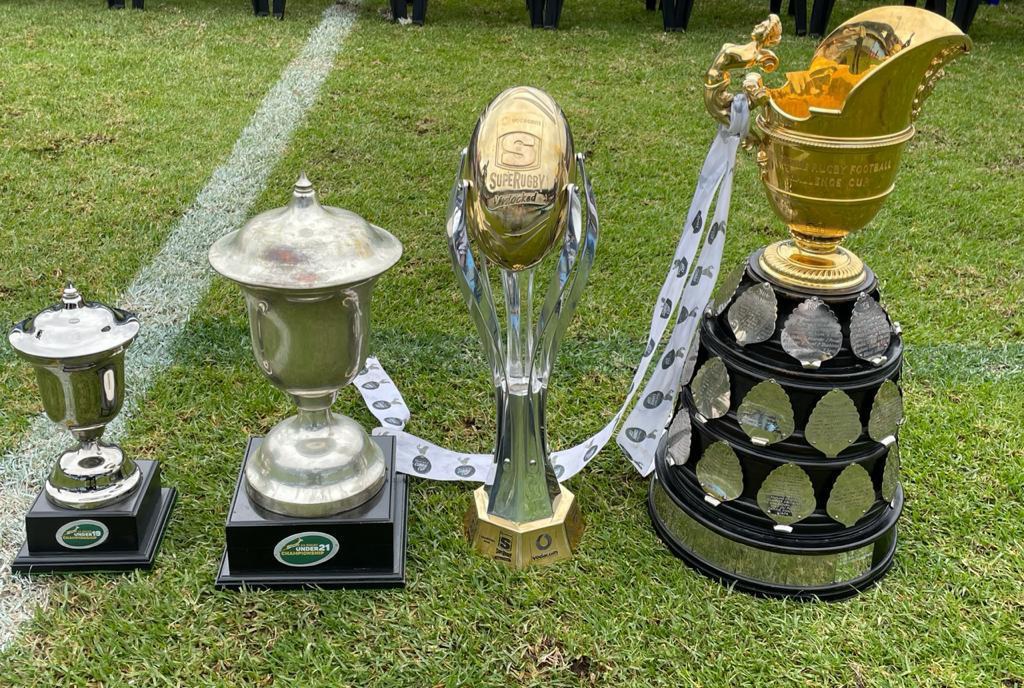 Vodacom Bulls champions across the board

The Vodacom Bulls added yet another trophy to their cabinet after snatching the Carling Currie Cup from the Cell C Sharks in a match characterised by brutal, no nonsense rugby that took 100 minutes to decide the victor.

The return of the hallowed golden lady of South African rugby to Loftus Versfeld capped off what has been a successful period for the proud franchise as Pretoria now holds not only the Carling Currie Cup but Vodacom Super Rugby Unlocked, SA Rugby U21 Championship and SA Rugby U19 Championship trophies.

This clean sweep best personifies the misson of the Vodacom Bulls – to be the best rugby union team in South Africa and in time, a global contender as South African rugby moves north to contest the GUINNESS Pro14 Rainbow Cup in March.

The successful Carling Currie Cup campaign had its foundation laid in the Vodacom Super Rugby Unlocked competition which the Vodacom Bulls sealed in November 2020.

“These players took their mandate – to win trophies – and did what was necessary to return the Vodacom Bulls to winning ways. We could not have asked for more. They, under the guidance of Duane and company, threw everything they could muster into ensuring that this team excels!” Vodacom Bulls Director of Rugby, Jake White, explained.

The U21s deserve a special nod as they saw an entire season squashed into a week due to the SA Rugby U21 Championship being reduced to a week tournament in a biobubble at Emirates Airline Park to cater for the COVID pandemic.

Despite all the disruptions, the U21s stuck to their plan by beating their Gauteng neighbours when it counted after losing to them in the round robin stages.

“We could not have been prouder of this group of youngsters. In light of the senior team’s recent success, it was pleasing to see players contribute towards the senior’s campaign and holding their heads high against more experienced players,” said Vodacom Blue Bulls U21 head coach, Hayden Groepes.

“That coupled with back to back wins means we’ve set a benchmark for those to follow and the consistency in positive results has set a standard that rings throughout Loftus,” Groepes added.

The Vodacom Blue Bulls U19 saw their 2020 season completely cancelled in light of the pandemic but this did not prevent them from sharpening their arsenal on the training pitch.

Their efforts spurred on by their successful SA Rugby U19 Championship the previous year where they saw off arch rivals DHL Western Province U19 in Cape Town.

“When I came on board as CEO, I made it abundantly clear that things needed to change in order to start the re-booting process of the #BullsFamily. We needed to sweat the small stuff to see the bigger stuff,” said Blue Bulls Company CEO, Edgar Rathbone.

“It was not just the players and on field management that bought into this change. It has been a collective effort from all whether they answer phones in reception or keeping our fields immaculate. It’s the staff in our finance department and our marketing team. It’s the PAs to the cleaners. We are the #BullsFamily and as such it truly was a team effort,” he added.