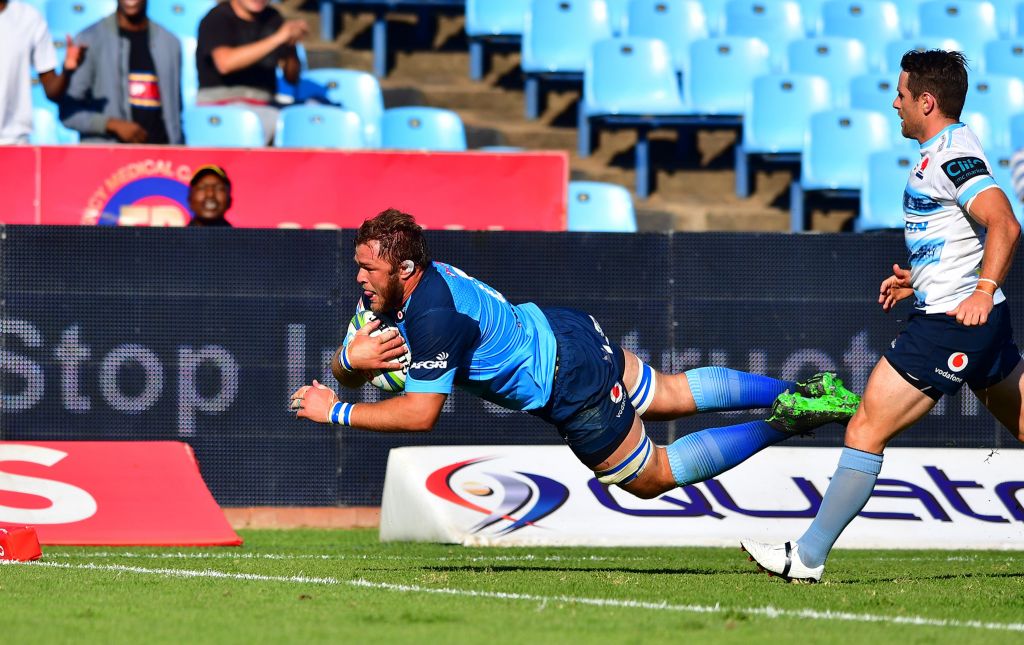 The Vodacom Bulls halted a fierce fightback from the Waratahs in the second half to score an important 28-21 Vodacom Super Rugby victory at Loftus Versfeld in Pretoria on Saturday afternoon.

A powerful forward performance saw the Vodacom Bulls building up an 18-7 halftime lead against the NSW team.

The Waratahs fought back after the break and although seven points separated the two teams at the end of an absorbing clash, both sides managed to score three tries apiece.

In the end, the Vodacom Bulls’ forward dominance, which led to a string of penalties conceded by the Waratahs, especially in the scrums, proved the difference between the two sides.

The men from Pretoria will be delighted with the win which allowed them to bounce back from their one-point loss in Cape Town last week to the DHL Stormers, while the  four points they bagged also pushed them above the Cell C Sharks into first spot on the South African Conference table.

The Vodacom Bulls and the men from Durban are both on 28 points, but the three-time champions from Pretoria have a better points’ difference.

Prior to this game, the Vodacom Bulls have won 21 of their last 23 matches against Australian opposition at Loftus Versfeld, dating back to 2007, while the Waratahs went into the game on the back of three losses to teams from South Africa.

Vodacom Bulls fullback Warrick Gelant scored a breakaway try while Springbok No 8 Duane Vermeulen showed his handling and running skills when he intercepted a Waratahs lineout ball to sprint all of 60 meters for his try in the right hand corner. Pollard added one conversion and two penalty goals while Nick Phipps scored a converted try for the visitors in the first half.

The Waratahs played much better in the second stanza and were rewarded with two converted tries, through Kurtley Beale and Curtis Rona, which levelled the scores at 21-21.

But the Vodacom Bulls’ promising replacement prop Simphiwe Matanzima crashed over for the decisive try 11 minutes from the end, which sealed the match for the home team, although they had to defend solidly at the end to keep the Waratahs at bay.

In the their next match, the Vodacom Bulls host the Crusaders while the Waratahs play the Emirates Lions in Johannesburg.