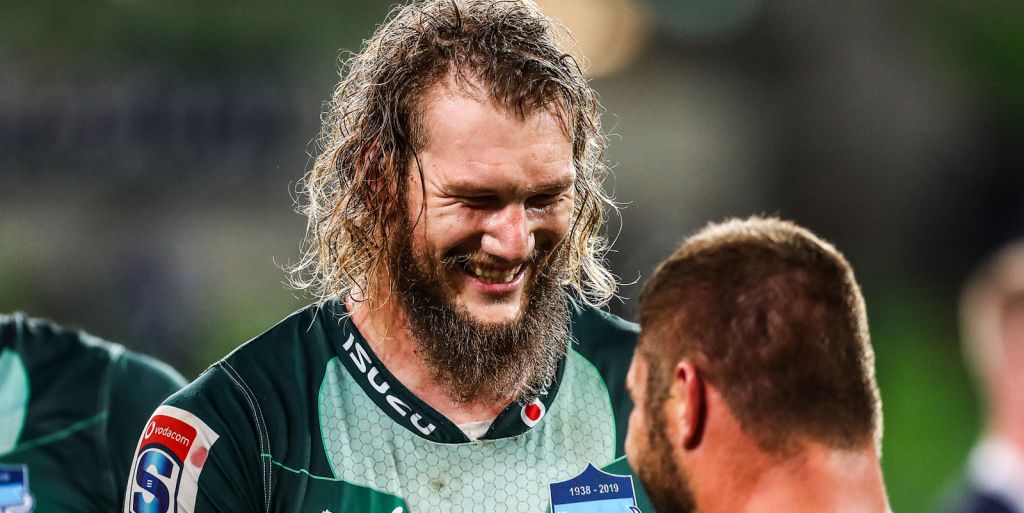 The Vodacom Bulls gave a strong second half performance to score an important 32-17 Vodacom Super Rugby victory over the Rebels in Melbourne on Friday, their first away win outside South Africa in more than three years.

The men from Pretoria led 17-12 at halftime despite having to make most of the tackling in the opening half and a heavy territorial advantage to the Rebels.

Not only did they manage to get their hands on the ball more often after the break, but the Vodacom Bulls also outscored the men from Melbourne to clinch a well-deserved victory which allowed them to remain at the top of the South African Conference standings.

Pote Human’s team are now level on log points with the Jaguares at the top of the local conference, with 32 points each from 12 games, but it’s the Vodacom Bulls’ superior points’ difference that sees them top the the team from Buenos Aires, who defeated the Hurricanes 28-20 in Wellington earlier on Friday.

After suffering a disappointing home defeat to the Crusaders last week in Pretoria, Handre Pollard’s team delivered a much better performance to defeat the Rebels, who are currently second in the Australian conference.

Apart from superb defence, the Vodacom Bulls’ set-pieces were strong and they took advantage of their attacking opportunities to eventually score four well-executed tries in response to the home team’s three.

In the first half, Cornal Hendricks (right wing) dotted down in the corner from a clever cross-kick by Pollard, while the Springbok flyhalf ran through untouched to score under the posts a few minutes later from a move initiated by the fleet-footed Rosko Specman.

Pollard slotted a penalty goal after the half-time hooter to hand his side a five point lead at the break. For the Rebels, Marika Koroibete and Will Genia scored in the opening half, with Quade Cooper adding a conversion.

Koroibete gave the Rebels a bright start when he scored his second try of the game just two minutes after the restart (17-17). But that was that for the home team.

The Vodacom Bulls hit back in splendid fashion – scoring two more tries through Burger Odendaal (centre) and Specman, as well as another Pollard penalty goal, to secure a well-deserved and comfortable away win.

They play the Brumbies in Canberra next week in their second tour game Down Under.