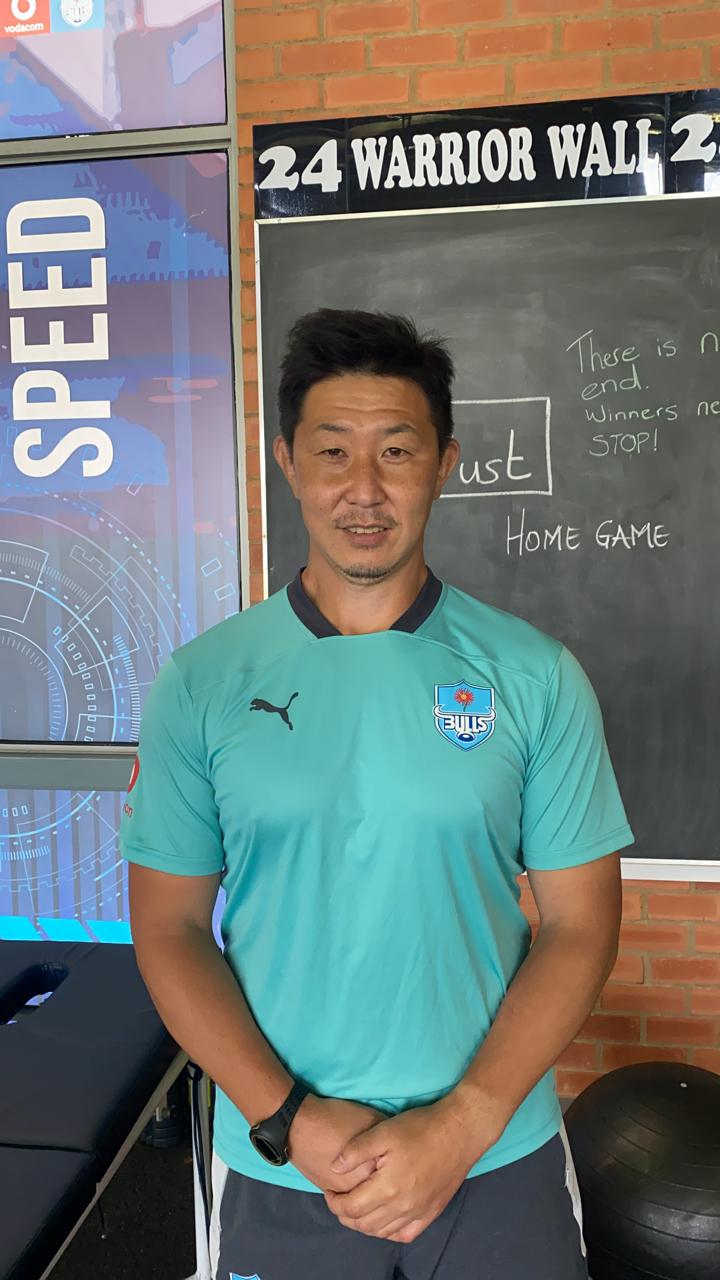 The ongoing evolution of the Vodacom Bulls continues with yet another ground breaking appointment and the creation of a new role… another first in South African rugby. The #BullsFamily is excited to introduce Hitoshi Ipponsugi, as our Head of Athletic Performance.

Ipponsugi, affectionately known as Ippon by his peers, has fast become a renown and well respected figure in the Japanese Rugby industry over the last 10 years.

He studied Sports Coaching and Exercise Science at the University of Canberra. While in the Australian capital he interned in the Strength and Conditioning department for the ACT Brumbies where he first encountered and engaged with, now Director of Rugby at the BBCO, Jake White.

In 2013, he moved back to Japan, the country of his birth, where he accepted a role at Kubota Spears as the Athletic Performance coach.

A year-and-half later, he moved to the Mitsubishi Dynaboars filling the role of head of Strength and Conditioning, before becoming the head of Physical Performance at Toyota Verblitz in 2017.

While at Verblitz he was reunited and worked closely with White, who was then head coach. The pair synergised brilliantly and formed an amazing chemistry to get the best out of their players.

White welcomed Ippon and re-emphasized his belief in him: “Ippon-san is a visionary and top of his field in my opinion, and we are honoured to have him join our system. As our head of Athletic Performance he will lead our esteemed team of conditioners and trainers, and be responsible for the overall conditioning and performance of our players. The most significant part of his role will be to ensure that the conditioning of the players seamlessly compliments the style of rugby we want to play at any given time.”

Ippon and his family spent the festive season in Pretoria, settling into their new home. He officially started on 1 January 2021.