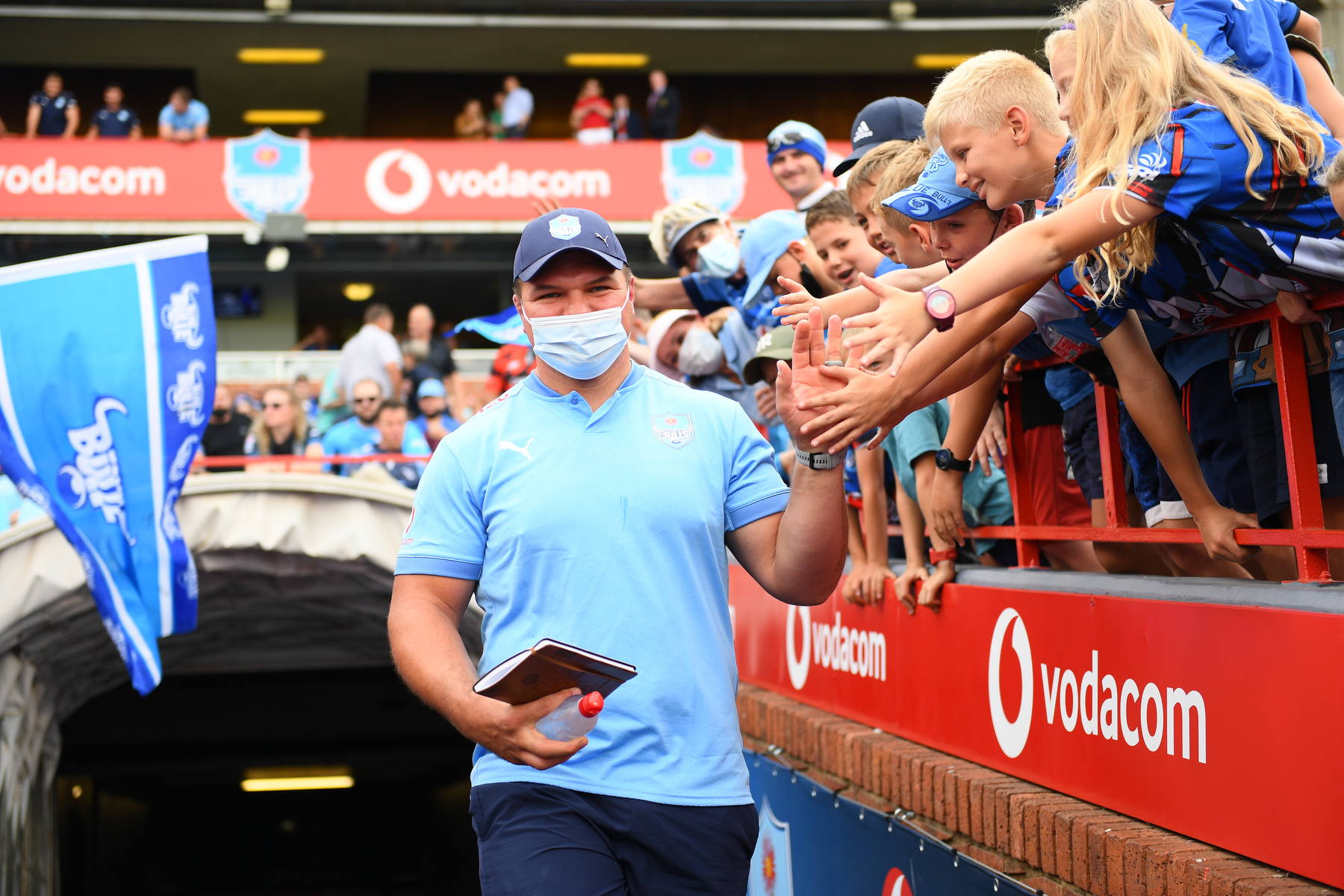 Werner Kruger – perspective from a Vodacom Bulls and Scarlets legend

With the Vodacom United Rugby Championship match between the Vodacom Bulls and Welsh side, Scarlets, only a day away, there is nobody who will know both sides as intimately as former Springbok prop, Werner Kruger.

The towering 37-year-old has amassed over 300 combined matches for both the Tshwane-based side as well as the team from Llanelli. Undoubtedly one of the most experienced rugby players of modern-day rugby, Kruger played over 100 Carling Currie Cup matches for the Vodacom Bulls while also having more than a century of matches for the side in the Super Rugby competition before featuring for Scarlets in over 100 games. A great feat for the big man who also has 4 Springbok Tests to his colourful career.

Kruger hung up his boots from the game in 2021 as a Scarlets man. The rugby bug would not leave him, and he took up the role of scrum consultant at the Vodacom Bulls at the start of this year, returning to where his rugby career began.

“It’s really nice to be back, and obviously in a different role – now coaching and trying to develop the boys into, hopefully, better players,” said the former tighthead prop.

Kruger was in his playing career widely respected as a consistent performer and is now starting to build a reputation for himself as a scrum coach.

His influence in the Vodacom Bulls team is already evident since he joined the trenches at Loftus Versfeld in January this year.

“If I look at the period from the start of the season until January, and then from January until now, we can see massive improvements in terms of penalties, clean and playable ball,” Kruger pointed out.

“I think the scrum, as a whole, is headed in the right direction and we are making improvements there.”

With the Vodacom Bulls and the other three South African franchises (Emirates Lions, DHL Stormers and Cell C Sharks) participating in their first season of the Vodacom URC, it has been expected that the local teams will take some time to find their feet against their European counterparts.

After having spent no less than five years in Wales, Kruger is familiar with the ins and outs of rugby in Europe and points out the importance of adjusting to juggling between various competitions while also having to, at times, face teams without their international stars due to international matches – something that will also affect SA teams who will have players on national duty with the Springboks.

“I think it’s a new challenge for South African teams, trying to find their feet in a different competition,” he said.

“I think the challenge going forward is the period of Six Nations and end-of-year tours, and when the South African team is playing in the Castle Lager Rugby Championship it will be a similar situation.

“While there are a lot of players who go on national duty, European teams have big squads throughout the season. It’s a learning curve for South African teams, and with time, we will learn to manage our players going forward and, hopefully, improve in terms of how we go about it.”

Closer to home, Kruger is looking forward to seeing the Vodacom Bulls take on his other old club, Scarlets, on Friday night. He expects a thrilling encounter between the two sides.

“Scarlets want to play an exciting brand of rugby,” he said.

“We (Vodacom Bulls) will just have to take care of our basics and develop the game from there.”

The match between the Vodacom Bulls and Scarlets Rugby will kick off at 19h10.