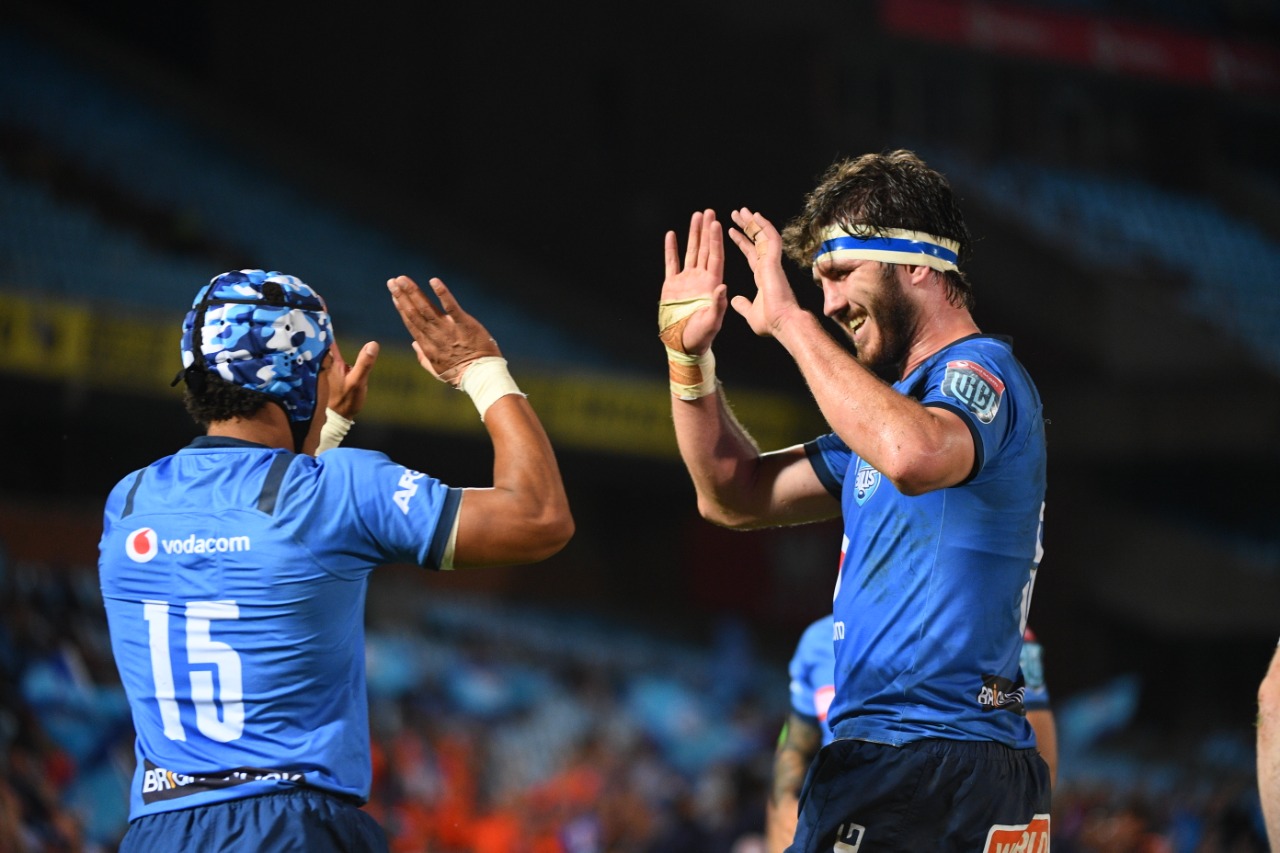 The Vodacom Bulls secured a fourth consecutive Vodacom United Rugby Championship victory when they defeated Welsh visitors, Dragons, 55-20 in a Round 14 clash at Loftus Versfeld on Saturday night.

The Tshwane-based side added another scalp to their 2021/22 season on the back of wins over Zebre Rugby, Munster Rugby and Scarlets in previous encounters.

The Vodacom Bulls gave a commanding performance which resulted in the side scoring eight tries in total, while the Dragons responded with three of their own.

It was a fiery start for the home side as they opened the scoring in the third minute of the game when Arno Botha, who contributed with a stellar performance on the night, dotted down for the first of the flood of tries on the day.

The visitors’ first points came via the boot of flyhalf, Sam Davies, who slotted in a penalty in the 24th minute of the game.

The Vodacom Bulls scored three more tries (courtesy of Lionel Mapoe, Kurt-Lee Arendse and Vodacom Man of the Match, Johan Grobbelaar) before the half-time break while the Dragons ended the opening 40 minutes on a high with a try just before the half-time whistle to take the score to 31-8 in favour of the home team at the halfway mark.

It was the turn of the Welshmen to start on a high as they scored a try in the first minute of the second half via winger, Jared Rosser.

It was not long, however, before the Vodacom Bulls continued their dominance with Arendse and Mapoe both scoring their second individual tries, and the team benefitted from two other tries from captain, Marcell Coetzee, and replacement scrumhalf, Zak Burger.

The visitors completed their points tally for the day with a try from Sam Davies.

The Vodacom Bulls’ 55-20 victory took their winnings to seven in total from their 13 matches, and the bonus-point win ensured they finish the weekend on 37 log points.

The Tshwane-based side will next host Irish team, Ulster Rugby, at Loftus Versfeld next Saturday.