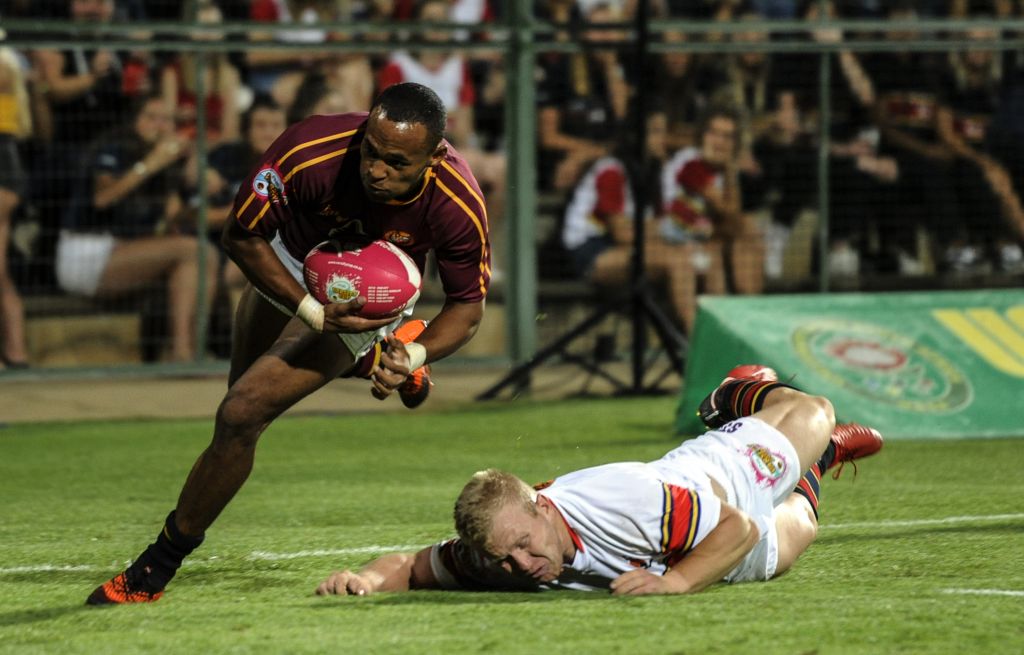 FNB Maties enjoyed a fantastic 26-24 (half-time 12-14) victory over their Pretoria nemesis, FNB UP-Tuks, in their Round Three FNB Varsity Cup clash at the Tuks Rugby Stadium on Monday evening.

The men from Pretoria started with a bang as they made it difficult for the Stellenbosch students to exit their half yet they could not turn their pressure into points in the opening 10 minutes of this bone-crushing derby.

FNB UP-Tuks eventually broke the stalemate after flyhalf Tinus de Beer set-up a lineout and the ensuing phases opened a gap in the defence which prop Etienne Janeke exploited to bash his way over the whitewash. De Beer added the extras.

It did not take long for FNB Maties to draw level as the strategy break proved to be the defining moment as a movement that started deep inside Maroon territory was finished by wing Munier Hartzenburg in the right-hand corner for a seven-point try.

The men from Stellenbosch bagged their second try of the match with ten minutes of the first half remaining as a strong lineout drive paid dividends with hooker HJ Luus flopping over the chalk for an unconverted try.

The University of Pretoria gathered themselves to put in several phases of quality attacking rugby with a sweeping movement by the backs allowing hooker Werner Fourie the space needed to smash straight through the defence to score. De Beer’s conversion handed FNB UP-Tuks a morale boosting 14-12 lead at the break.

The tables were reversed when the second half resumed as FNB Maties applied a monumental amount of pressure and the dam wall was breached in the 49th minute as a hard won scrum was snapped up by the backs with flyhalf Jordan Chait running a sublime line to score. Chait made no mistake with his conversion attempt.

De Beer ensured that his charges were within striking distance as he landed a penalty goal a couple of minutes later as the North-South derby continued to dish up scintillating rugby.

The visitors were dealt a devastating blow in the 60th minute with outside centre Cornel Smit was given his [yellow] marching orders and De Beer was poised to strike with a penalty goal but his attempt struck the post and the opportunity to retake the lead vanished into the night sky.

FNB Maties did exceptionally well to turn their disadvantage into an advantage as they scored their bonus point try courtesy of replacement hooker Daniel Jooste who stretched out to score under the weight of several Stripe Generation defenders.

Another FNB Maties yellow card, this time to flank Johann van Niekerk, gave FNB UP-Tuks a sniff of victory which they almost converted via lock Ruan Nortje but his try was disallowed due to a knock-on.

The resulting scrum was turned over by a rampant FNB UP-Tuks and their dominance was paid off as replacement lock Bart le Roux ensured that they had the final say of the match.

De Beer’s conversion was not enough though as FNB Maties had done enough to secure a hard fought 26-24 win in Pretoria.