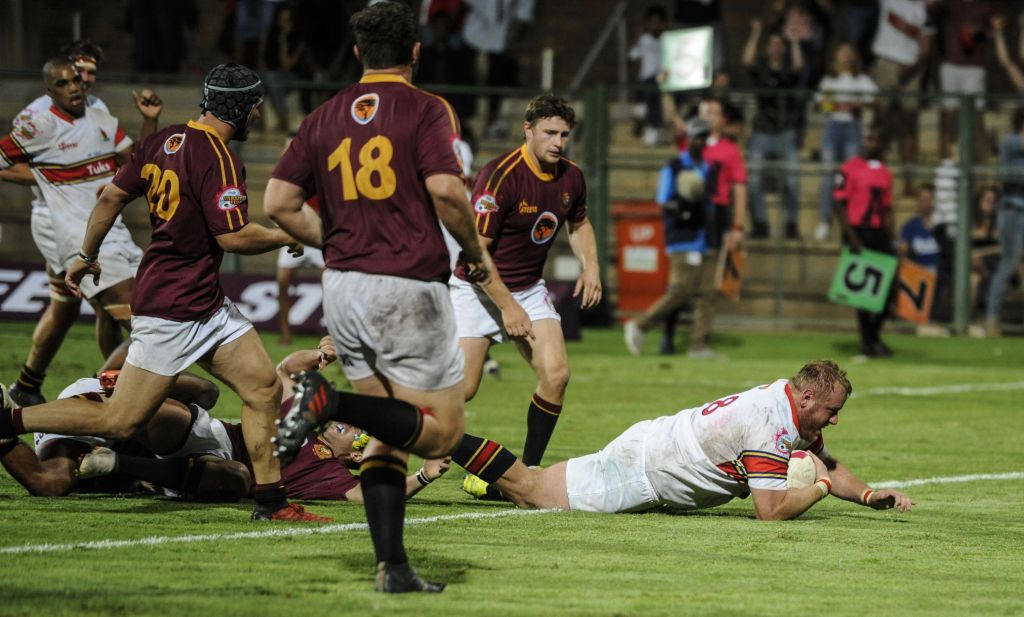 An unbeaten FNB Maties will be compete in their fourth consecutive final, when they host FNB UP-Tuks at the Danie Craven Stadium in Stellenbosch on Monday, 15 April.

For the boys from Pretoria, this will be their fifth FNB Varsity Cup final, tying FNB NWU for the second most final appearances in the competition’s history. Tuks have won the title three times, all three against Maties (2012, 2013, 2017).

The Maroon Machine ended their season on 38 points, while FNB UP-Tuks finished on 30 points. The maximum points a team can acquire in the season is 40.

The two teams competed in a tightly contested game in Round Three of the competition where FNB Maties were lucky with a 26-24 victory at the Tuks Stadium.

On reaching their fourth final in a row: “It’s business as usual for us. Last year was of course our biggest win and we’d love a back to back, who wouldn’t?”

“Our main thing is to keep FNB UP-Tuks at bay and give them as little room to move as possible.”

On this week’s training: “Our training schedule changed a bit due to it being test weekend in Stellenbosch. There needed to be minimal disruptions but all-in-all, we are happy with how training has been so far.”

On lessons learnt after their Round Robin match against FNB UP-Tuks: “We underestimated them. There’s no excuse around it. They have a strong kicking game and we will need to contain that.”

On FNB UP-Tuks’ biggest strengths: “They have a great scrum, great line-out and set piece. We will need to disrupt that to make our game a little easier.”

On lessons learnt after their Round Robin match against FNB Maties: “We need to be more critical and stick to our processes for the entire 80 minutes.”

On playing at the Danie Craven Stadium: “The thousands of fans definitely have the biggest impact. But we aren’t worried because we usually do well when we travel to Stellenbosch.”

On the challenges FNB Maties might pose on Monday: “They would want to take advantage of our mistakes and they are also seeking momentum. We must just make sure that we don’t give them any of that.”

On Monday night, the Miss Varsity Cup winner will be announced during half-time.