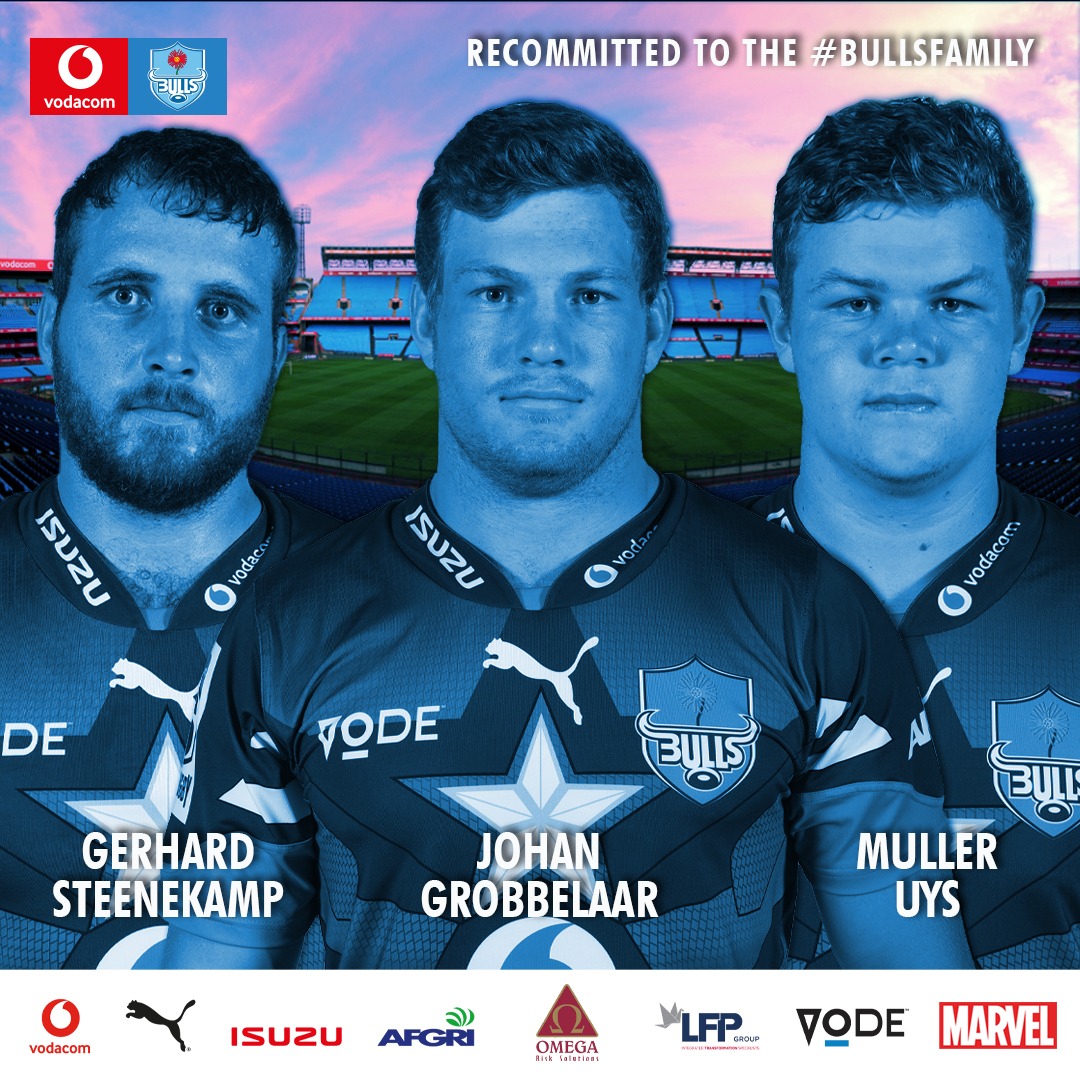 The exciting trio Johan Grobbelaar, Gerhard Steenekamp and Muller Uys have recommitted their playing futures with the Vodacom Bulls as the franchise continues to build an electrifying squad under Director of Rugby, Jake White.

The young trio have already had a taste of Vodacom Super Rugby action this season, before the COVID-19 pandemic put paid to competitive rugby. Their skillset and hunger for more only boosts the Vodacom Bulls playing stocks as they continue to cut their teeth in the Southern Hemisphere’s premier rugby competition.

Grooming the next generation of youthful talent is a critical pillar in the success of any team, and is something that the #BullsFamily have taken immense pride in over the years.

Johan Grobbelaar establish himself as a hooker for the Vodacom Bulls junior teams with the 22-year-old Junior Springbok equally adept on the side of the scrum. He made his Currie Cup debut in 2017 before earning a call up to Vodacom Super Rugby in 2018 with the dynamic hooker amassing 8 caps since.

Gerhard Steenekamp made his Vodacom Super Rugby debut off the bench against the DHL Stormers this season and is in the unique position to be the understudy of two Springbok props in Trevor Nyakane and Lizo Gqoboka. His powerful scrummaging ability is one of many skills as he has shown his immense mobility as a front rower and ball skills that could rival a backline player.

Muller Uys stood up in last year’s SA Rugby U21 Championship as he led his team all the way to the final where they emphatically overthrew their DHL Western Province counterparts to lift the silverware. His prowess as a no.8 was rewarded this season as he made his starting Vodacom Super Rugby debut against the Highlanders, followed by another scintillating performance against the Reds before the team had their Australasian tour cut short due to the current pandemic.