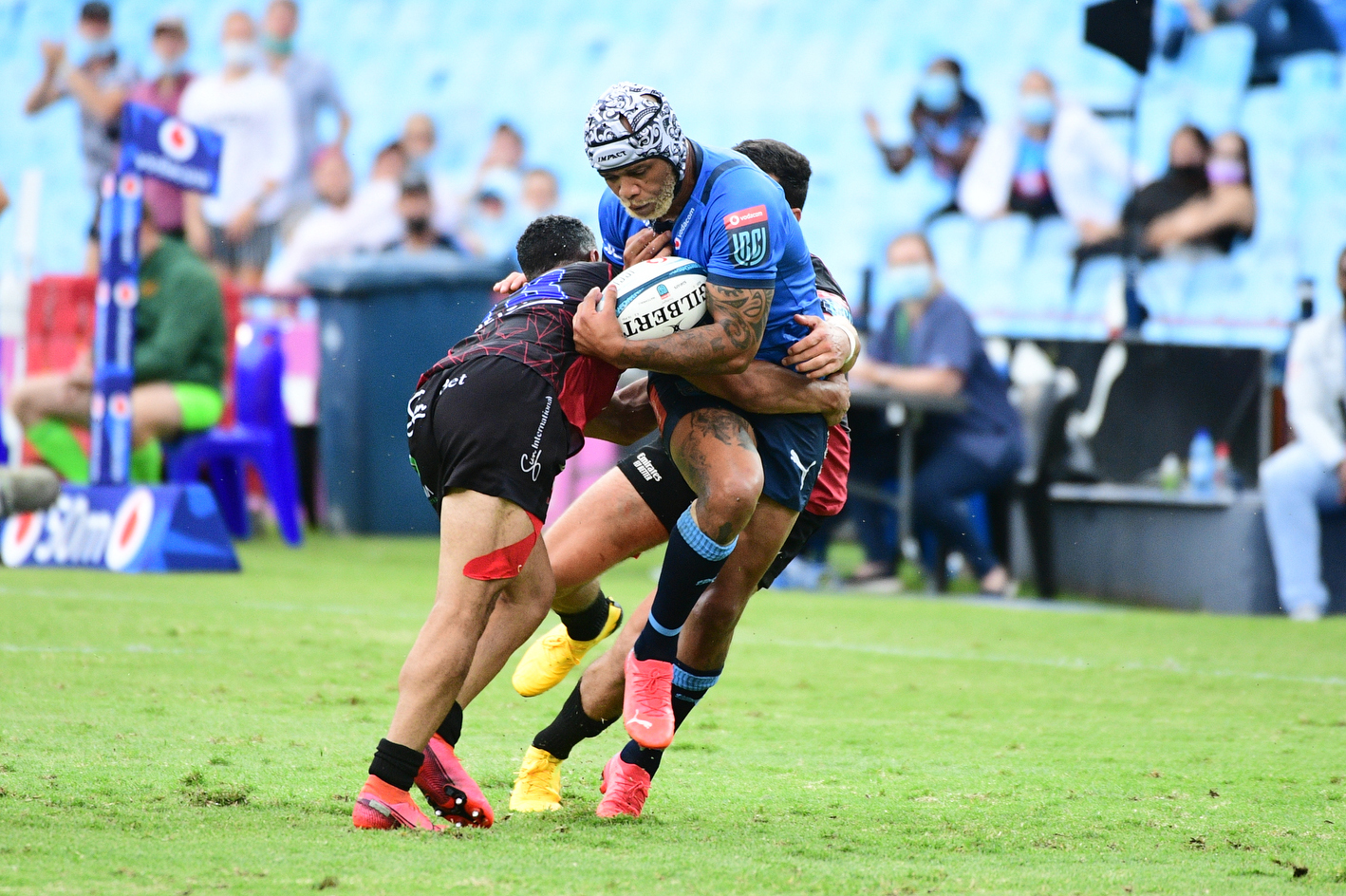 The Vodacom Bulls expect a challenging task ahead when they take on Scarlets Rugby in a Vodacom United Rugby Championship Round 7 match at Loftus Versfeld on Friday.

It is a busy week for the Tshwane-based side as they will be in Carling Currie Cup action on Wednesday night against a strong Cell C Sharks outfit, this on the back of a historic Vodacom URC win over Munster Rugby the past weekend.

Being in back-to-back action does not faze the Vodacom Bulls, according to experienced centre, Lionel Mapoe, who believes South African teams need to adapt and learn from some of their overseas opponents who seamlessly juggle between competitions.

“That is what we sportsmen do for a living, so it is important that our bodies hold,” said Mapoe on the load of having to play in more than one competition per week.

“That’s the thing, you get these guys overseas playing more than 200 or 300 games for their clubs and you wonder where these guys rack up all these games, and this is exactly how it goes.

“As South Africans we need to start getting used to playing weekday and weekend games. It is also something that will leave the onus on us to take care of our bodies.”

The Vodacom Bulls are expecting to come up against a charged-up Scarlets team, who, despite a defeat, put up a good fight against the Cell C Sharks in their Vodacom URC match last weekend.

“There is no easy game in the Vodacom URC. They are obviously missing a few players to international games. We are going to have to be at our best on the day,” said Mapoe.

“They’ve been here for over a week now and will prepare well for us.

“This, for us, will also be a game we want to win, a game that is very important for our campaign. It is then vital for us to put in a good performance come Friday.”

Despite the satisfactory win against Munster in their previous outing, the Vodacom Bulls are wary that they let their guard down in the second half of the match and will need to improve on their overall game this weekend.

“I think we let ourselves down, especially in that second half. We sort of went into a period where we tried not to lose the game instead of playing our normal game, but those are work-ons we will need to go through.

“Obviously, the overseas teams coming this side will always find it difficult to play here at high intensity for 80 minutes. Credit to Munster, they did it pretty well to keep themselves in the game. Where we felt we could have done better, we found ourselves taking the foot off the pedal in that second half.”

The Vodacom Bulls will name their team to face Scarlets Rugby on Thursday.