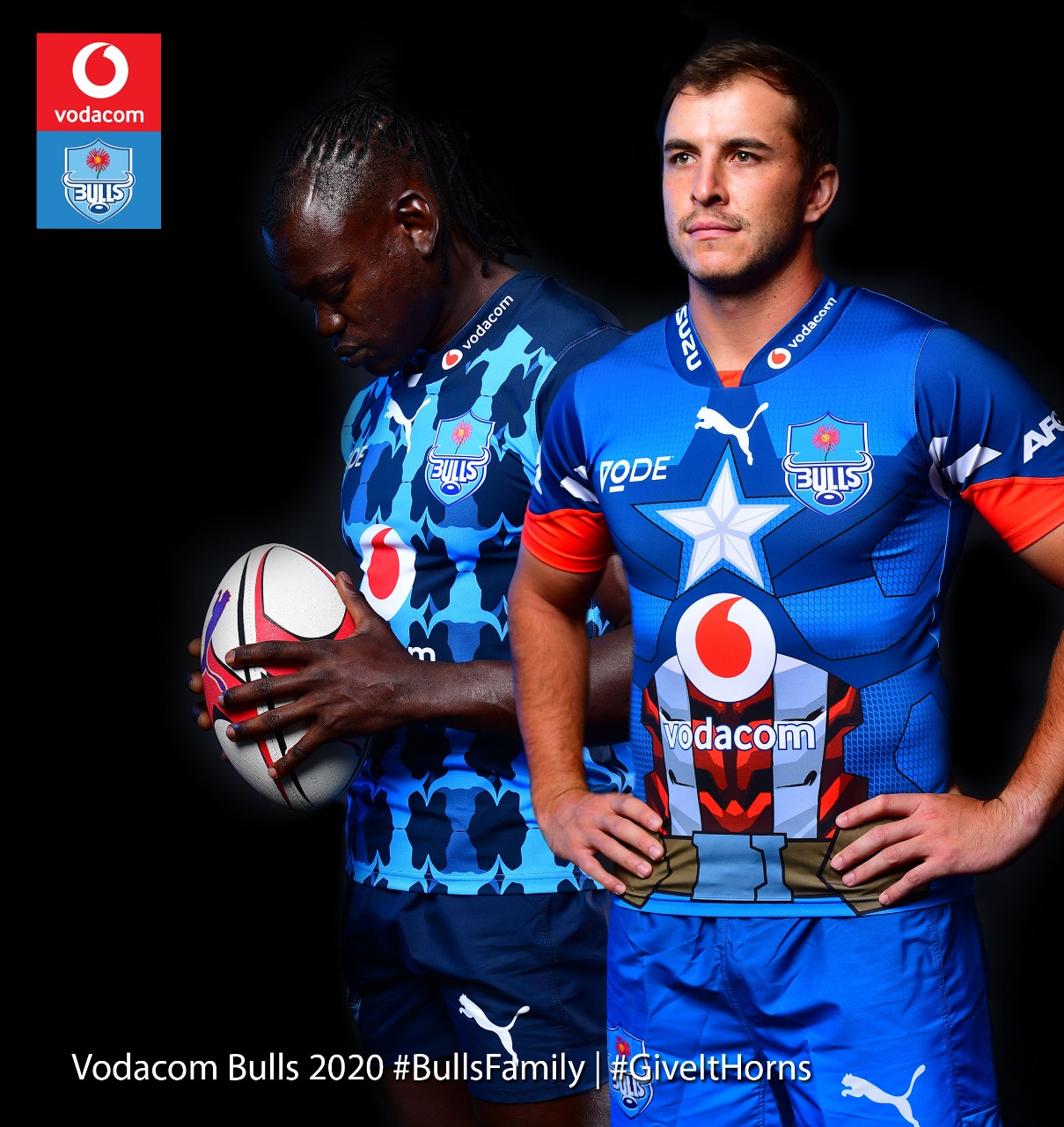 PUMA and the Vodacom Bulls give it horns in 2020

Official technical partner PUMA has launched the 2020 kit for the Vodacom Bulls and Blue Bulls, which will be worn for both the Vodacom Super Rugby and Currie Cup seasons. The new #GiveItHorns jersey features a repeating pattern of bull heads with interlocking horns in a contrasting shade of blue.

“Vodacom Bulls fans have passed down their love for the team to their children and their children’s children. It’s more than supporting a team – it’s supporting a legacy. This connection is mirrored in the pattern on the shirts – bull horns interlocking to represent how generations of supporters are connected through their shared passion, dedication and love for their team,” said PUMA South Africa Marketing Director Brett Bellinger.

“South African rugby is riding a wave of success and we look forward to seeing World Champion warrior Trevor Nyakane and next generation players Marco van Staden, Lizo Gqoboka and Simphiwe Matanzima giving it horns in the new Vodacom Bulls kit this season.”

Blue Bulls Company CEO Alfons Meyer said: “PUMA have again raised the bar with a design that encompasses what the #BullsFamily is all about. It speaks to our old and new fans, as well as across age groups. We are also excited by our new combined logo, which showcases both the Barberton Daisy and the horns that have defined the Vodacom Bulls in the professional era. This will proudly be displayed on the left chest of the jersey, and will make a bold statement about a team that has been built on a strong heritage, while striving forward and remaining a trend-setter in the industry.”

The #GiveItHorns jersey sits alongside the Marvel Captain America jersey that will be used for local Derby matches. It drops in PUMA stores, Totalsports, The Cross Trainer, Sportsmans Warehouse and selected retailers on 29 November 2019 for R799.