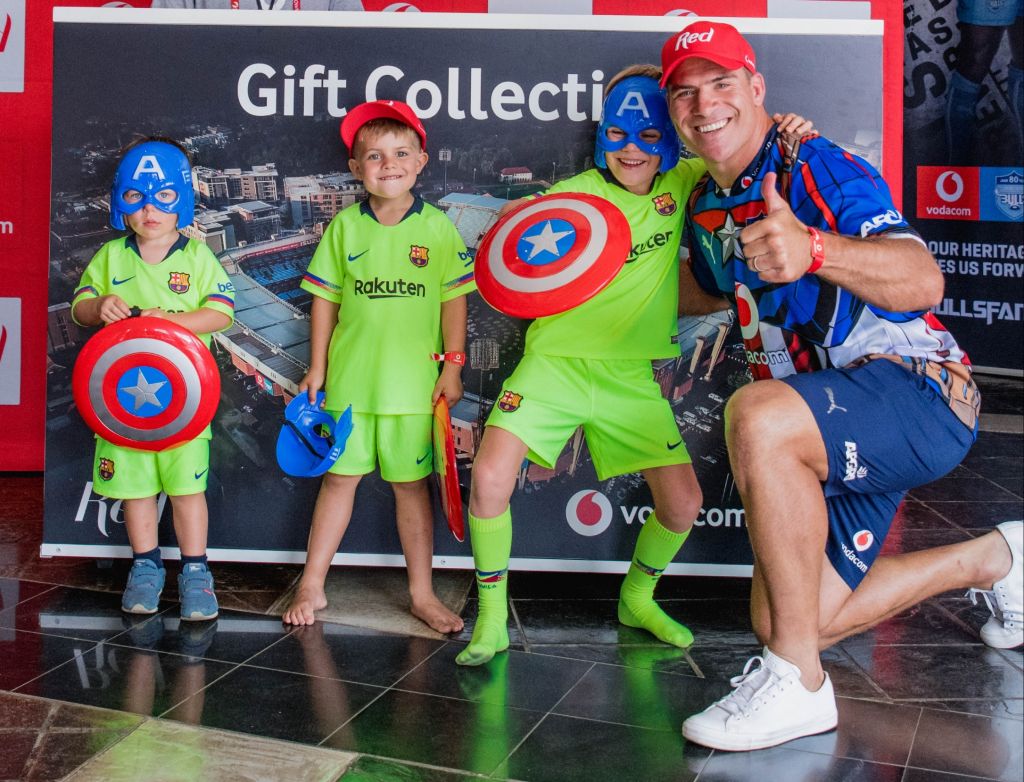 Schalk Brits shares the secret to his success

Schalk Brits is currently playing some of the best rugby of his career, and if you want to know exactly what drives a man who has brought a new fire to the Vodacom Bulls this season and what his biggest motivator is, well, it’s something you might not expect.

“Love,” says Brits as he sits on the grass at Loftus Versfeld with his three sons clambering all over him during the Vodacom One Father and Son Sleepout this past weekend.

His wife Colinda has wisely dressed their sons in a bright yellow kit to help dad keep an eye on them at a day of games and rugby activities for the dads and their lads before they climb into their tents to sleep on the main field of this iconic stadium. And it’s a perfect metaphor for Brits, who is as highly visible in South African rugby as it comes at the moment as he’s helped the Vodacom Bulls make a perfect start to their Vodacom Super Rugby season.

“Love motivates me as a player. I’m very people orientated. For me to function as a player, I need love from a coach. I need my coach to actually believe in me and not just worry about my performance, but also worry about my family.

“It’s weird, but everyone gets motivated differently. I get motivated by someone who cares for me. I’m an emotional being. I cry when I watch movies. But that’s it for me. Love is my motivator. And coach Pote (Human) has been amazing like that. He has an unbelievable heart and he treats us as human beings and not as tools, and that makes an impact on a player. When a player is just treated as a tool to do a job, my experience is that it doesn’t work.”

Brits is certainly feeling the love in Pretoria at present, and it shows on the face of a man who is known for his dazzling smile.

“We’ve had a good start and things have gone our way, and we will get better as the season goes on. It’s still a squad that’s only been together for a short amount of time and we’ve achieved above what was expected of us.

“I’m really loving this phase with the Vodacom Bulls and the new people I’ve met. I’ve been accepted here and they’ve really opened their hearts to me, and I want to make them proud of the way we play. Win or lose, I want the fans here to always feel proud of how we played.

“And as a player I want to be judged by my intentions. If I drop the ball on the field, that’s not something I want to do. Look at my intentions. You can call me out on my work ethic, but otherwise know my intentions are always to do my best out there.”

A player of intent driven by love.

It’s a radical new approach to the game. But in a season where the Vodacom Bulls are Captain America of the new Marvel-themed super hero campaign, it is clearly proving to be the most effective super power in the entire competition.