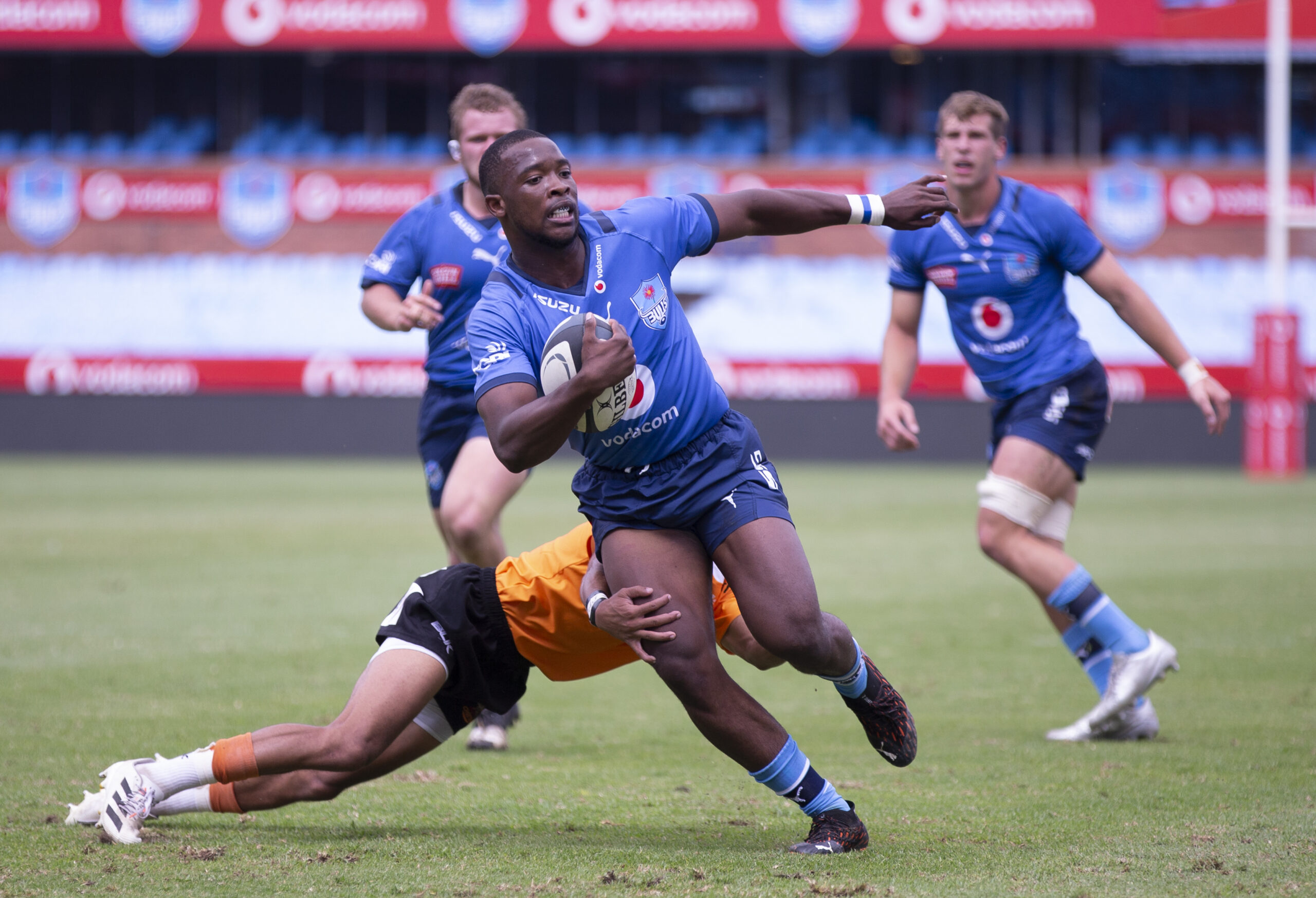 The Vodacom Bulls Under-20 side secured a commanding 73-10 victory over their Toyota Free State counterparts in an SA Rugby Under-20 Cup match at Loftus Versfeld on Saturday.

Playing in front of a good crowd of spectators as a precursor to the Vodacom United Rugby Championship game between the senior Vodacom Bulls team and Ulster Rugby, the side from Tshwane looked motivated from the first whistle.

The home side scored a total of seven tries just in the first half, with the visiting side responding with only one, to take the score at the halfway mark to 45-5, in favour of the Vodacom Bulls U20.

The Toyota Free State U20’s showed good fighting spirit in the second half while the Vodacom Bulls U20’s continued their onslaught.

The home team added four tries in the second half, while the side from Bloemfontein crossed over the try line twice.

It was a dominant performance by hooker, John Lombard, that saw him claim four tries on the day while left wing, Moemagare Mothlodi scored twice and Neels Volschenk, Cameron Hanekom, rowan Cloete and Gert Steyn scored a try each.

Fullback, Regan Izak, was sharp with the boot as he converted nine of the 11 tries scored on the day.

The result ensured that the Vodacom Bulls U20’s remained in touching distance of the top spot which is occupied by DHL Western Province U20’s who defeated Leopards U20’s 67-24 in Cape Town on Saturday.

The Vodacom Bulls U20’s now sit in second place with two points separating them and the log leaders.

The side from Tshwane now travel to Port Elizabeth next week where they will face the Eastern Province U20 side.