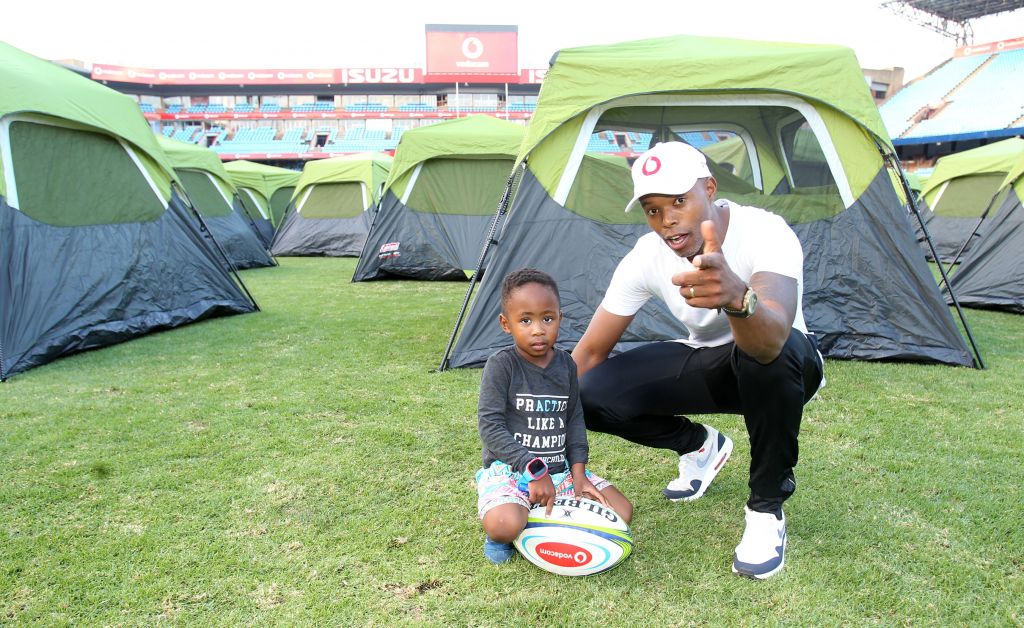 The role of Superdad still the most important for Thapelo Mokoena

Thapelo Mokoena sees a story in everything. Whether it’s a film script he’s working on, or the new wine he’s launched, the story is the golden thread in his life. And a story he loves telling is the value of the Vodacom One Father and Son Sleepout he’s been a part of over the past few years.

Ever since he first joined Vodacom Red’s most loyal customers in sleeping in luxury tents on the main field of Loftus Versfeld and enjoying a unique experience that includes games, food trucks and opportunities to meet the Vodacom Bulls players and other rugby legends, Mokoena has been one of the event’s most passionate storytellers. And he’ll be back for this year’s event from 16-17 March.

“It’s one of those initiatives that you cannot go wrong with, because every second spent with these young ones is always good for you and for them,” says Mokoena, who this year welcomed his second son into the world.

“I’m not sure I’ll have my little man out there, but my five-year-old will definitely be there. He was three the first time I did this with him and it was a great experience. But we are proper boys together now that he is older, so I’m really excited.

“What I love most about this event is that it’s time spent with the people that matter to you the most, in the most unique way possible. Camping with your son on such an iconic rugby field and having a moment under those stadium lights – that’s special. You see what it does for the kids. That’s what grips me. This is the sexiest most fantastic camp you can go on as a father and literally never miss a moment with your son.”

And for a man constantly evolving throughout a stellar career that keeps him on the move to new projects, an opportunity to pause in a meaningful way is something money just cannot buy.

“You know, we’ve launched our new wine and it’s doing well in the market. Then I’m flying to Cape Town soon to start filming on an international series I’m involved with. I’m also going to be launching a big campaign with an old brand partner. And I’m writing a new film. So life is crazy busy. But these are the layers that make a human being. And as crazy as that gets, I have to make time for my loved ones. It’s so important to me. So any moment with my son such as the Vodacom One Father and Son Sleepout is ideal.”

And in a year when Vodacom is also celebrating a Marvel superhero-inspired season for Vodacom Super Rugby, Mokoena will no doubt revel in playing the lead role as the real hero for his son in a magical night at Loftus Versfeld.

Visit www.redrewards.co.za for more information on how you can be a part of the Vodacom One Father and Son Sleepout.