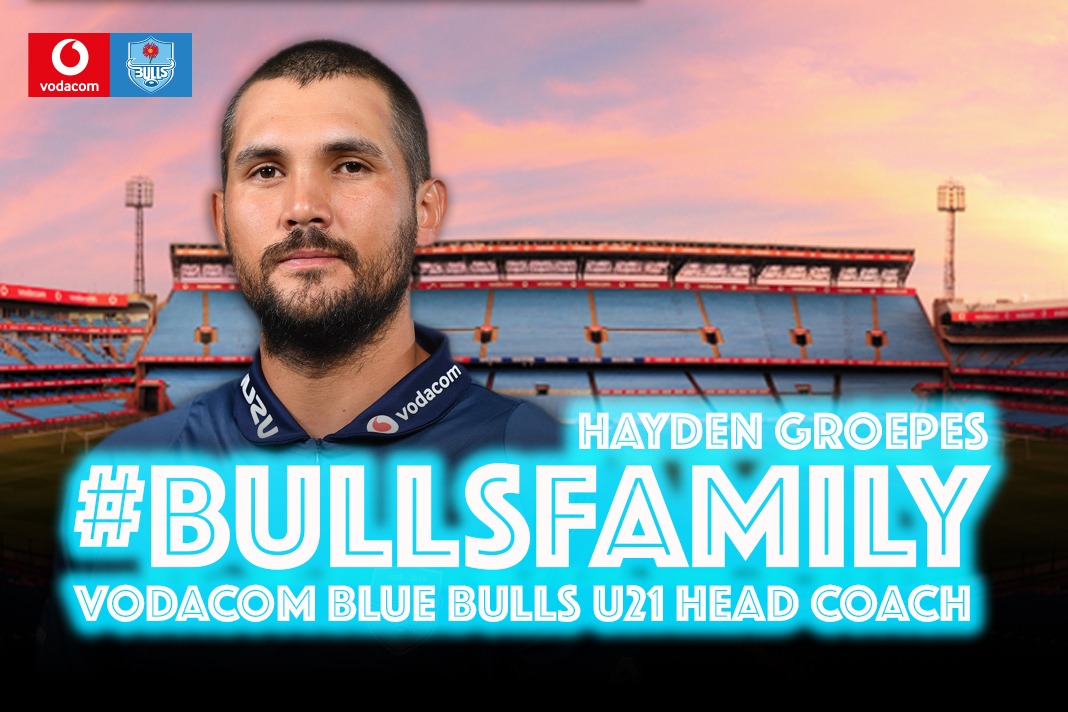 The Blue Bulls Company have confirmed the coaching management of the Vodacom Blue Bulls U21 as they gear up in anticipation of defending their SA Rugby U21 Championship crown if and when the season resumes.

This year’s SA Rugby U21 Championship will run parallel with the senior Currie Cup and will feature six teams in a single round of matches before the knockout rounds.

The #BullsFamily is not only proud of their juniors success of last year but also determined to create a winning culture and become a powerhouse at junior as well as senior levels which is in-line with Director of Rugby, Jake White’s long-term vision for the franchise.

Hayden Groepes has been named as head coach after successfully guiding the Vodacom Blue Bulls U19 to glory last year and will look to emulate that success at U21 level.

Groepes is no stranger to the junior structures at Loftus Versfeld with the former Vodacom Blue Bulls utility back serving various roles from technical analyst to head coach, while he has also Vodacom Super Rugby and Currie Cup experience as a skills coach.

The U21s will also have the combined experience of Pine Pienaar and David Manuel as assistant coaches and their senior coaching experience at Vodacom Super Rugby, Currie Cup, Super Sport Rugby Challenge and Vodacom Cup level will ensure that the U21s have everything they need to defend their title.

One of White’s mandates is to align the region’s rugby structures from schools through to clubs and up to Vodacom Super Rugby by ensuring that the same blueprint is followed and the appointment of Afrikaanse Hoër Seunskool and Blue Bulls Craven Week coach, Jaco Koch, as assistant forward coach is another step into making this a reality.

White was excited about the junior coaching and support group, “It’s great to have a junior structure where we can grow and develop not only the young players but also the staff. This is the foundation on what happens at senior level, and I’m extremely pleased with the group we have entrusted with this task. Hayden has enjoyed success with the u19s last year, and will be keen to continue with the bulk of that those players moving in to this division.”