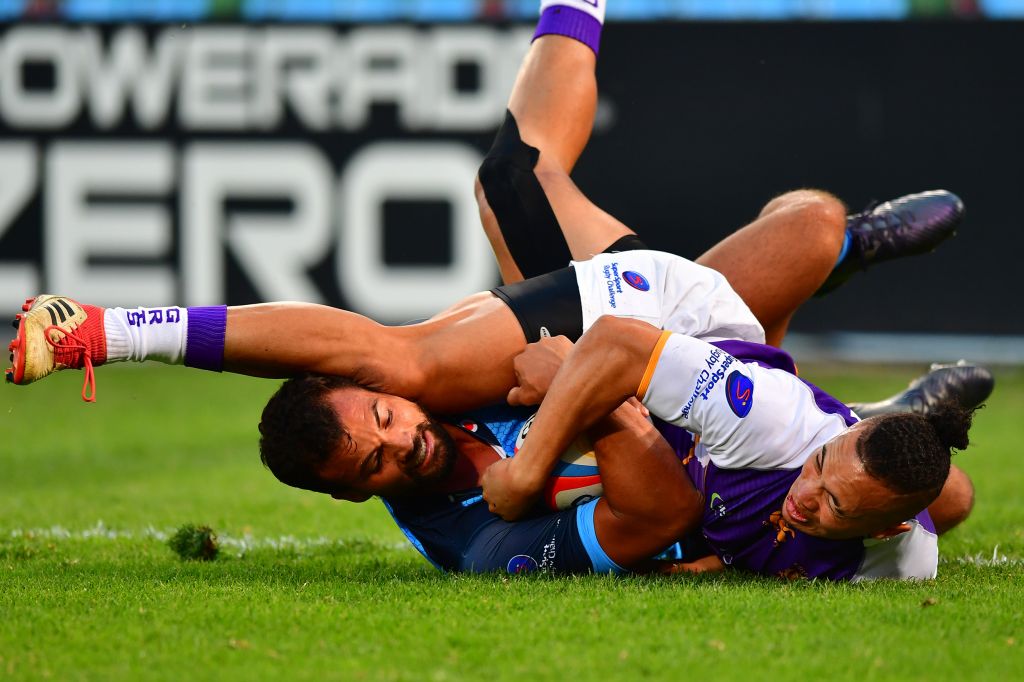 The Vodacom Blue Bulls were pushed to their limits to beat the Down Touch Griffons 35-20 (halftime 14-13) in their SuperSport Rugby Challenge North section match at Loftus Versfeld on Friday evening.

The match served as a curtain raiser to the meeting between the Vodacom Bulls and Crusaders and the Griffons used the opportunity to play in a larger stadium to their advantage.

They may have been dominant in the opening exchanges of the match but it took the visitors 15 minutes to get on the scoreboard as scrumhalf Jaywinn Juries landed a penalty goal.

The Griffons continued to apply pressure which saw No 8 Jean Pretorius cross the whitewash for a converted try.

The home team eventually woke from their slumber as wing Duncan Matthews and flyhalf Fiela Boshoff scored in the 21st and 31st minutes respectively.

Inside centre JT Jackson converted both tries while Juries added a penalty goal.

Unfortunately the first half ended on a sour note for the visitors as lock Gavin Annandale was yellow carded just before the teams headed to the sheds with the Blue Bulls holding a slender 14-13 lead at the break.

The men from Pretoria capitalised on their numerical advantage early into the second half as captain and flank Ruan Steenkamp scored in the 45th minute and followed up with a second try four minutes later which secured the bonus point. Jackson was on song with both attempts.

The Griffons did manage to pull back a try courtesy of inside centre Arthur William Williams which Juries duly converted.

The Blue Bulls had the final say in the match as replacement utility back Diego Appollis scored his team’s fifth try and Jackson’s conversion handed them a well-deserved but hard-fought 35-20 win in the capital.