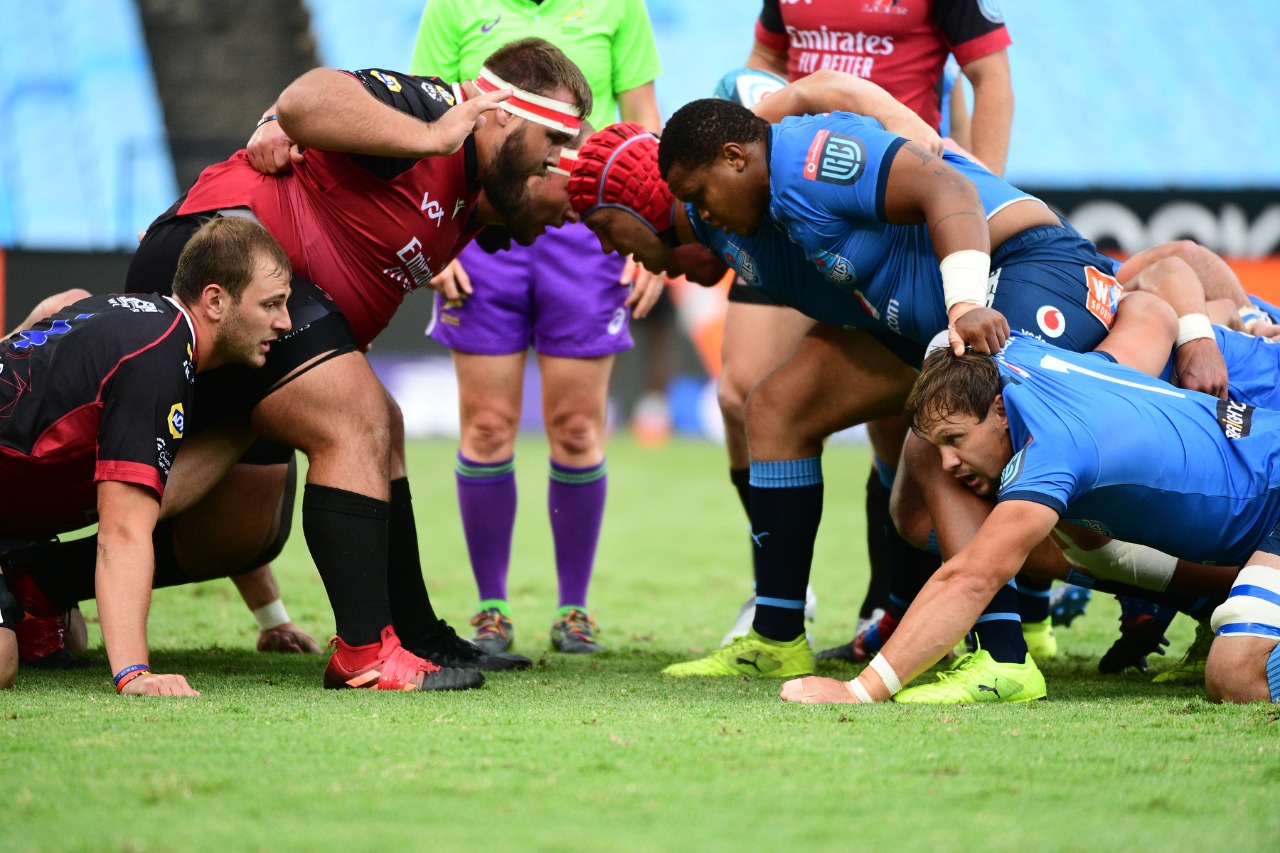 The Vodacom Bulls claimed a 21-13 victory over the Emirates Lions in a fierce derby in their Vodacom United Rugby Round 9 clash at Loftus Versfeld on Saturday.

The victory for the Pretoria-based side was their second win in a row after the side defeated their cross-Jukskei rivals, 34-10, in last weekend’s encounter at Emirates Airline Park.

Following a rainy 24-hour period ahead of the clash, expectation was that the contest would be a close and rigid battle between the two sides.

However, both sides showed their intentions of throwing everything into the game early on in the match. It was the visiting team that was first to put points on the scoreboard when flyhalf Tiaan Swanepoel calmly kicked over two back-to-back penalties for the Emirates to lead 0-6 in the first 20 minutes.

After the heavens opened and the rain poured down, the home side accelerated their efforts, and they were rewarded with two first half tries which saw them go into the half-time break 14-6 ahead. Captain, Marcell Coetzee, was the first to dot down, with hooker, Johan Grobbelaar, putting his name on the scorers’ sheet for the third game in a row.

The Emirates Lions did not give up the fight and their efforts paid off when lock, Ruben Schoeman, scored their only try of the match which was converted by Swanepoel.

A superb performance by the daring winger, Madosh Tambwe, earned him the Player of the Match award.

The Vodacom Bulls will now begin preparations for their next fixture – a clash against coastal team, the Cell C Sharks at Loftus Versfeld on Saturday.