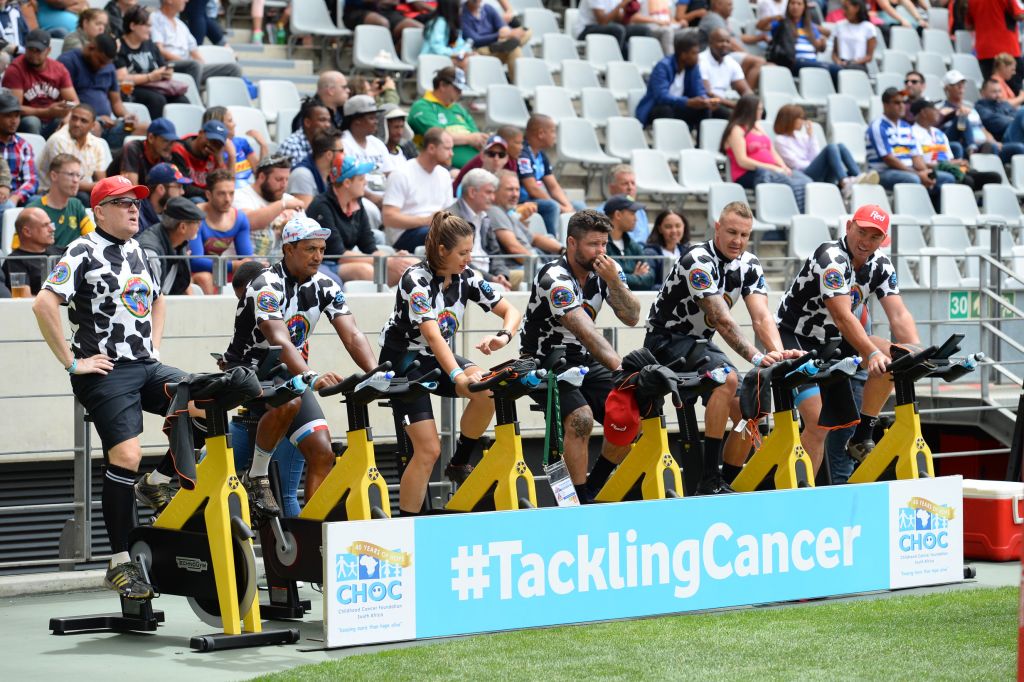 As the doors to the lift close in the heart of Loftus Versfeld stadium and the roar of the crowd becomes faint and you no longer hear the march of rugby boots on their way to the changeroom, you are reminded about what makes this Vodacom Super Rugby season such a significant one for the Vodacom Bulls. It’s staring right back at you in the form of the words “Protect the Circle” that are emblazoned on those lift doors.

Everything the Vodacom Bulls are working towards comes down to looking after their own. And this season, they’re making that circle bigger to include a group of children they’ve not only made their own, but are also tackling their hearts out for.

At the start of this season, the Vodacom Bulls teamed up with Vodacom, SuperSport and every other South African team to support the #TacklingCancer campaign in aid of CHOC (the Childhood Cancer Foundation). For every tackle made by a South African player in this year’s Vodacom Super Rugby competition, Vodacom and SuperSport will jointly donate R100 to CHOC in support of the many children who on a daily basis have to face the hardest hits life can dish out.

The Vodacom Bulls have already raised R181 500 this season.

Now they’ll be doing even more to reach the goal of R1 million raised by the end of this season when a host of former Vodacom Bulls legends and celebrities take part in the Vodacom Bulls #TacklingCancer Cycle-a-Thon ahead of the match against the Emirates Lions at Loftus Versfeld on 15 June.

During the match, the cyclists will cycle as far as they can on the six stationary bikes located on the side of the field as they also raise funds for CHOC.

Rugby fans can also contribute by adding R5 for CHOC to every Vodacom Super Rugby match ticket they purchase, buying CHOC merchandise at the CHOC Shops that will be at every stadium for the South African Derbies, or going to http://choc.org.za/vodacom-super-rugby-2019/ and making a donation.

Supporting the CHOC children is one of the biggest motivators this season for a team that places a particular emphasis on the importance of family.

“It feels good to be able to make a difference in this way,” said Duane Vermeulen.

It’s a message echoed by Vodacom Bulls coach Pote Human. Earlier in the season, Human was part of a Vodacom One Father and Son talk at Loftus Versfeld, and was asked by a dad how to best guide his son through his rugby career.

Human’s answer may have been in a different context, but its goal remains the same: “Just support your children”.

It’s a message the Vodacom Bulls are certainly taking to heart this season.