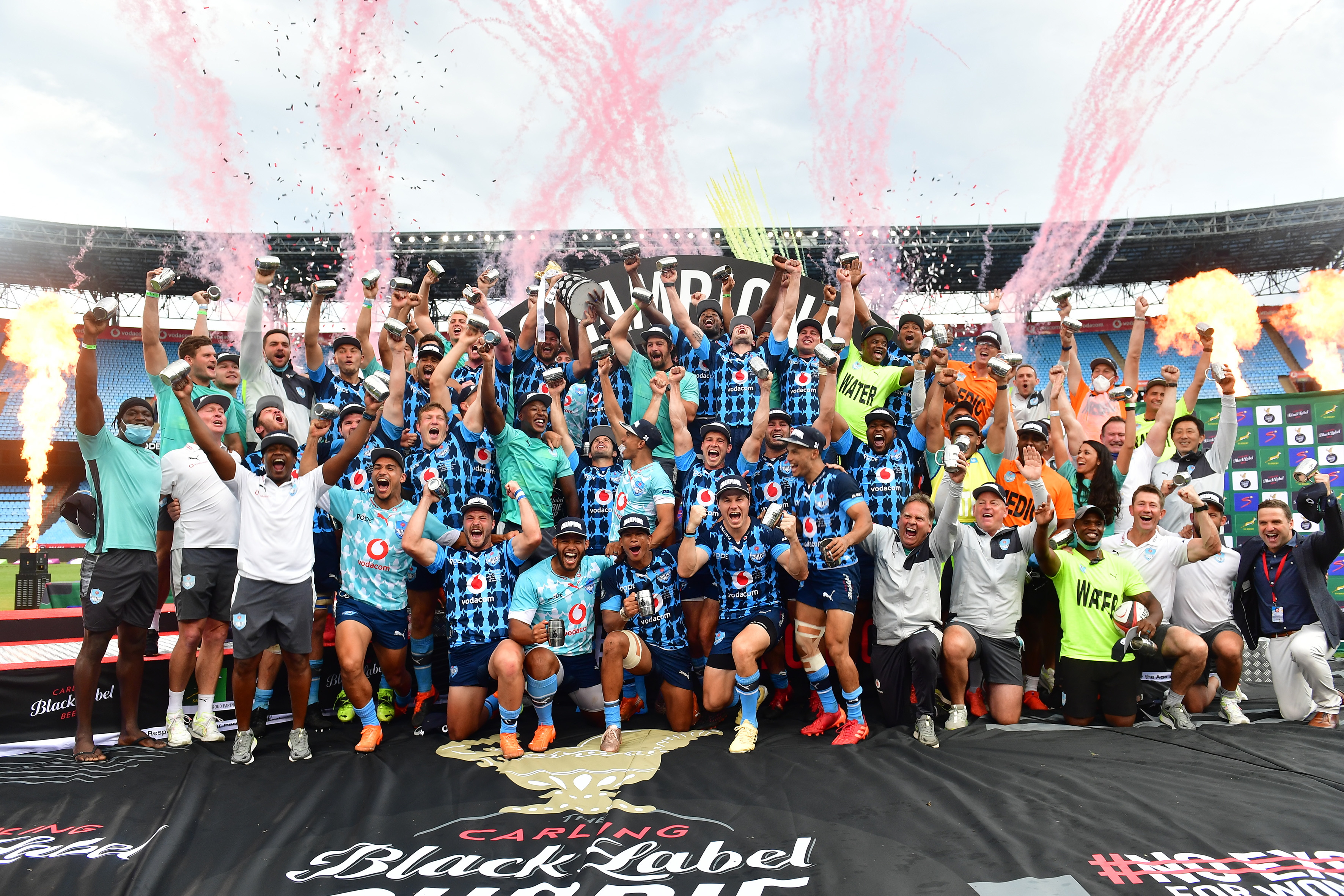 By Dan Lombard12th Mar 2021No Comments

The Blue Bulls Company held their combined awards ceremony for the 2020/21 season on the very field that saw them lift both the Vodacom Super Rugby Unlocked and Carling Currie Cup trophies earlier in the season on Friday, 12 March 2021.

The evening, due to the inclement weather, was moved indoors but it still rang the hallmarks of a festive family gathering, perhaps the most fitting given the Vodacom Bulls’ firm belief in the #BullsFamily, where players; management; sponsors; stakeholders and family came together to celebrate the on field success of the franchise. The setting on the A-field also ensured that there was enough social distance between the guests, and that all other Covid protocols could be strictly followed.

A special mention must go to Vodacom Bulls’ captain and Springbok World Cup winning no.8 Duane Vermeulen as well as one of rugby’s greatest comeback stories, Cornal Hendricks, as they continued to rack up the accolades after winning SA Rugby’s Player of the Year and Carling Currie Cup Player of the Year in the past week.

Furthermore, the announcement of Marco van Staden and Hendricks as joint winners of Vodacom’s Players’ of the Year marks the first time in this francfran’s proud history.

The Blue Bulls Company would like to congratulate the following on their awards and the #BullsFamily as a collective for their continued support throughout the past year. Together, we returned to winning ways and together we will move forward.

Back of the Year: Stravino Jacobs

Player of the Year: Janco Uys

QUATRO Back of the Year: Cornal Hendricks

Vodacom Back of the Year: Ivan van Zyl

PUMA Most Improved of the Year: Stravino Jacobs

All safety regulations and protocols pertaining to the COVID-19 pandemic were strictly adhered to as to ensure an enjoyable yet safe ceremony for those in attendance.