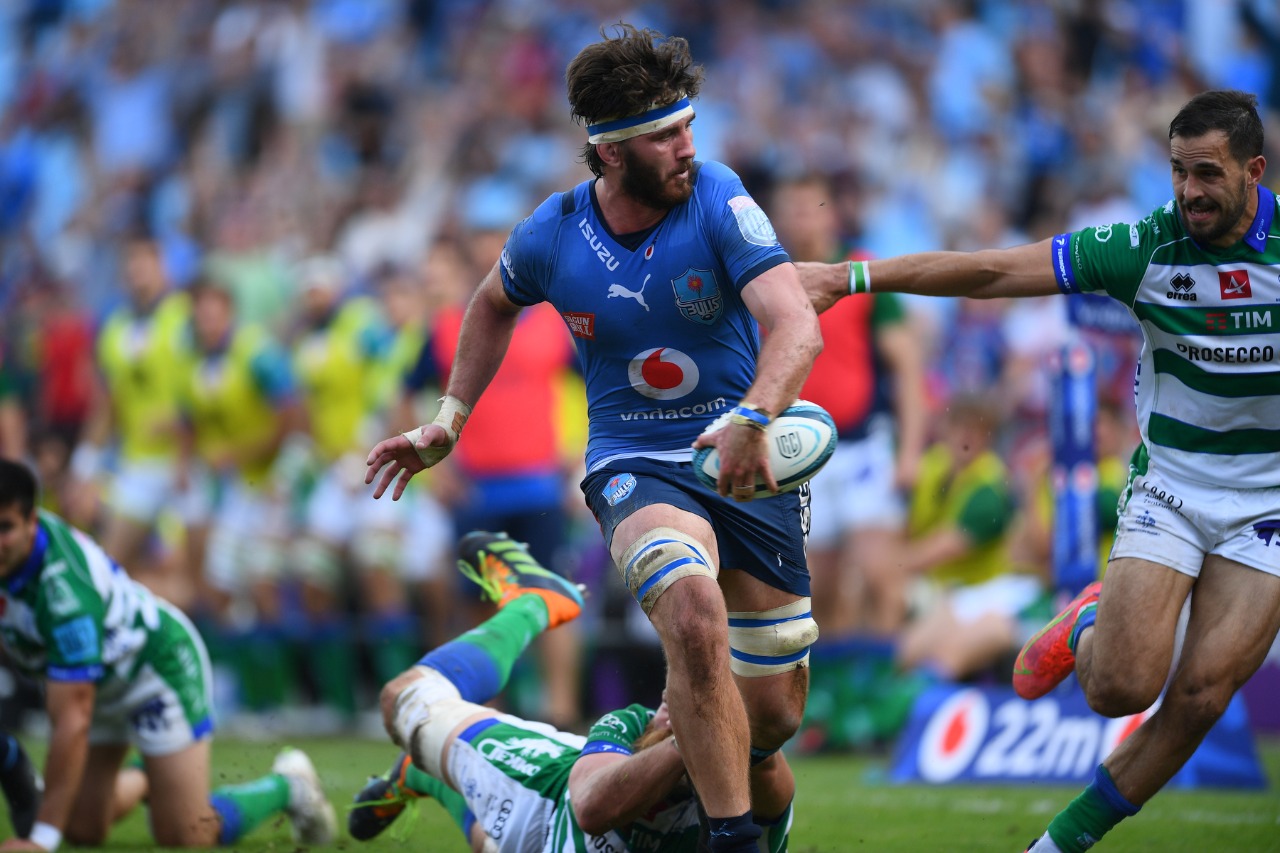 The Vodacom Bulls claimed a crucial bonus-point win over Benetton Rugby when they defeated the Italian side 46-29 in their Vodacom United Rugby Championship encounter at Loftus Versfeld on Saturday.

Despite having gone into the half-time break trailing 12-16, it was a spirited second half performance by the South African outfit that saw them dominate the visitors in the final 40 minutes where they scored a total of six tries with Benetton only managing to respond with two tries of their own in the match.

Benetton Rugby were the first to get the scoreboard ticking when fullback, Rhyno Smith, successfully kicked over a penalty in the seventh minute of the match.

It did not take long before the visitors extended their lead when inside centre, Tomasso Menoncello, scored his first of two tries for the afternoon.

Smith added a conversion and a penalty to take Benetton’s tally to 13 in the 18th minute of the match before the home team got their side of the scoreboard ticking.

Cyle Brink was the man to open the scoring when he barged over for the Vodacom Bulls’ opening try in the 25th minute.

Moments before the half-time whistle, fullback Kurt-Lee Arendse added a try of his own which was converted by Chris Smith.

Benetton’s Smith also added a penalty before the break to give the Italians a 12-16 lead at the break.

Again, it was the visitors who opened the scoring in the second half when Smith added two penalties.

The home side then responded with a penalty from their pivot, Smith, before Arendse scored his second try of the day and captain, Marcell Coetzee, also added his name to the scorers’ sheet.

With seven minutes left on the clock, winger Canan Moodie, added another try for the home team.

The Vodacom Bulls cemented their victory when substitute prop, Simphiwe Matanzima, scored with just a minute remaining on the clock and Morne Steyn also making a contribution with the boot.

Lock, Ruan Nortje, was again in fine form for the Vodacom Bulls and his efforts were rewarded with the Vodacom man-of-the-match award.

The Vodacom Bulls will next face Glasgow Warriors at home at Loftus Versfeld on Friday, April 29. Benetton will travel across the Jukskei River to face the Emirates Lions in Johannesburg on Saturday.