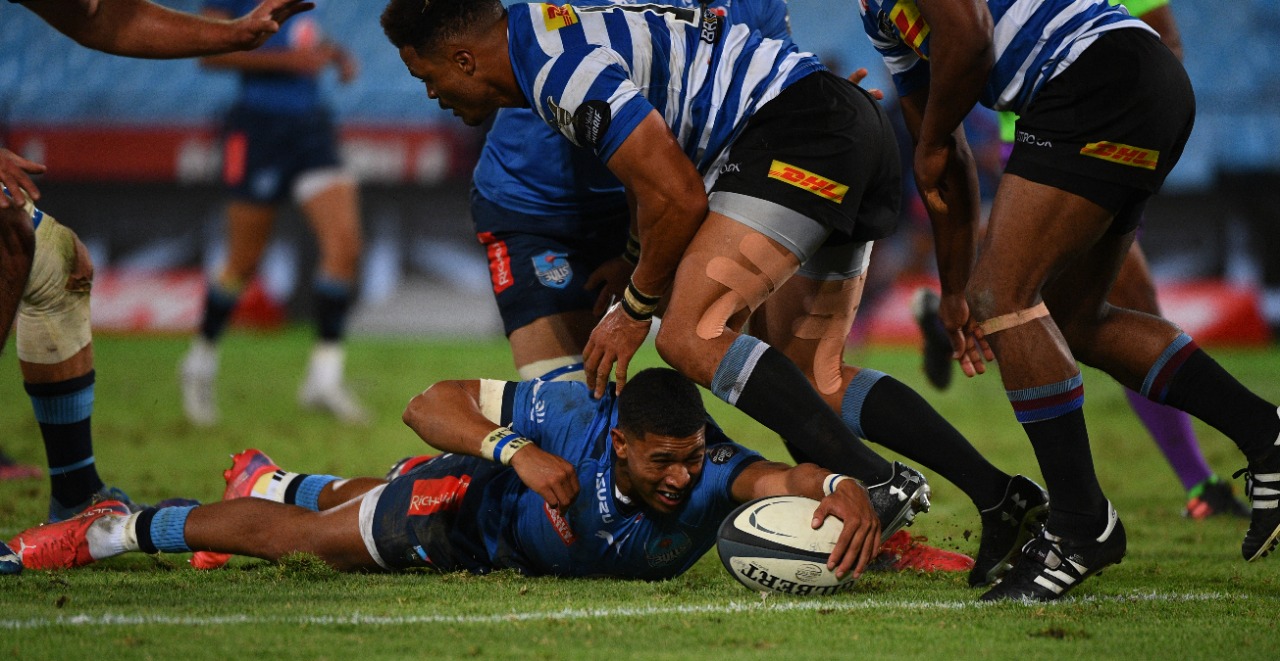 The Vodacom Bulls climbed to the top of the Carling Currie Cup log table after claiming a 45-34 bonus-point win over DHL Western Province at Loftus Versfeld on Wednesday night.

The win for the Tshwane-based side in the North versus South derby saw them leap above the Toyota Cheetahs, who remain the only unbeaten side in the South African domestic competition so far.

The victory for the Vodacom Bulls did not come easy but came through hard work that spanned the entire 80 minutes as the visitors from Cape Town provided some stiff competition for the men in blue.

It was DHL Western Province that got the scoreboard ticking first when they scored the opening try of the game in the 18th minute through hooker, JJ Kotze.

The home side responded with two converted tries via prop, Robert Hunt, and scrumhalf, Keagan Johannes, as well as a penalty from Morne Steyn.

The Capetonians managed to score a second try before the half-time break through flanker Marcell Theunissen to take the score at the halfway mark to 17-15, in favour of the Vodacom Bulls.

In the second half both sides stepped up a gear, showing their intentions of wanting to claim the bragging rights with a victory.

The Vodacom Bulls went on to add four more tries with David Kriel dotting down twice, Lizo Gqoboka crossing over and a penalty try, as well as the successful boot of Steyn, taking them to a total tally of 45 for the night.

Despite receiving two yellow cards in the second half (Jarrod Taylor in the 60th minute and captain, Nama Xaba, in the 76th minute), in addition to a first half sin-bin for Cornel Smit, the DHL Western Province side showed some bravery with three second half tries, courtesy of Smit, who made up for the first half yellow card, Tristan Leyds and Angelo Davids.

When the final whistle blew, the Vodacom Bulls had done enough to secure the 45-34 win, with Johannes being the standout performer that received the man-of-the-match award.

The Vodacom Bulls will next face the Cell C Sharks in Durban on Saturday, April 16.