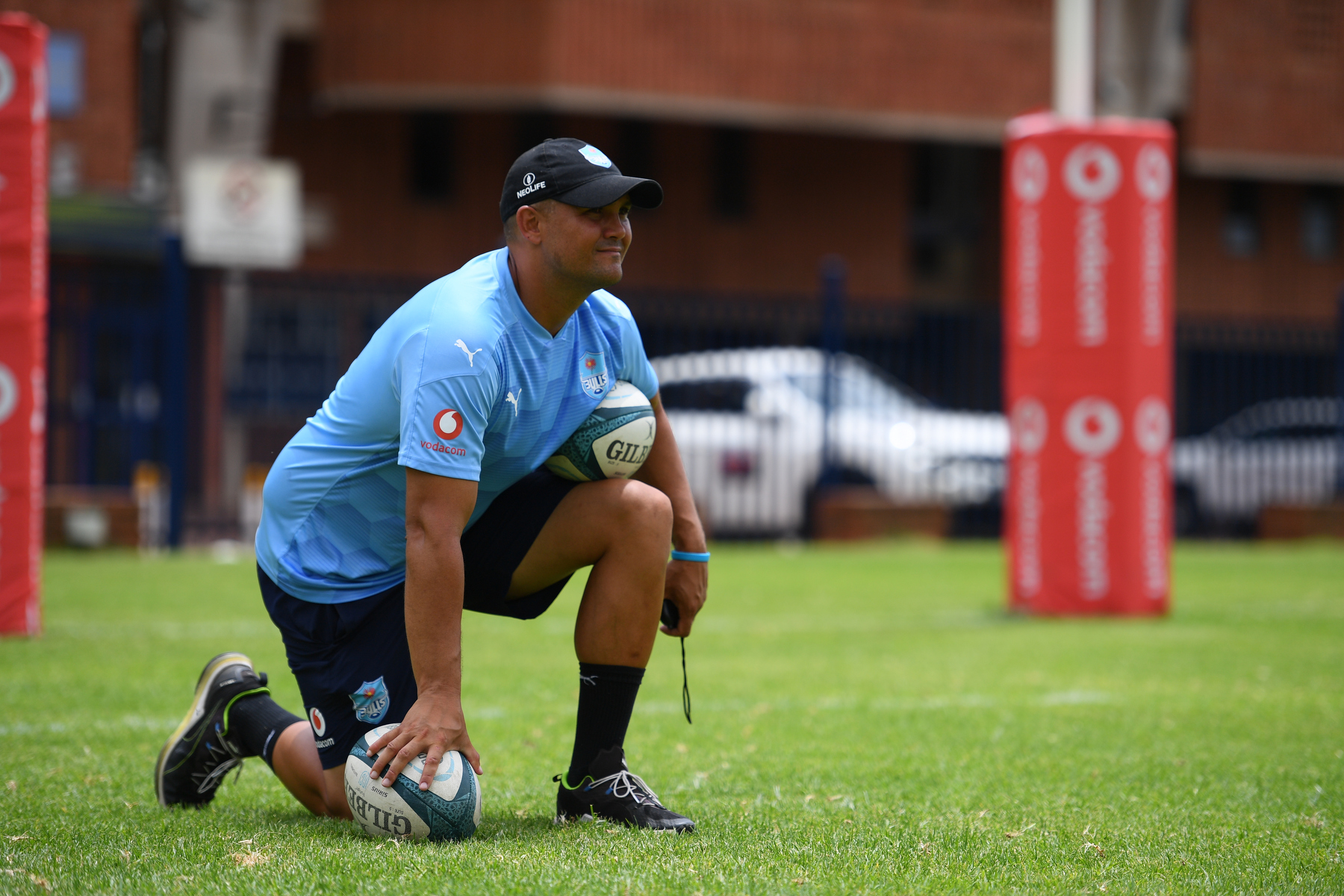 Vodacom Bulls preparing to match up physically against Airlink Pumas

The Vodacom Bulls are expecting a challenging battle when they take on a “settled” Airlink Pumas in their Carling Currie Cup encounter at Loftus Versfeld on Friday night.

The side from Tshwane is on the back of a satisfactory win over a strong Sigma Lions team a fortnight ago where they fought hard on their way to a 43-37 victory over their provincial rivals.

The Airlink Pumas, like every other season, have proven to be a thorn in the flesh of a number of teams throughout the current campaign which includes wins over top sides like the Cell C Sharks.

Vodacom Bulls assistant coach, Hayden Groepes, indicated that there would be no difference in the contest between what they had to take on against the Sigma Lions and what they expect from the Airlink Pumas this week.

“To be honest, I don’t think there will be much of a difference. We are going to have to match-up physically,” said Groepes.

“What the Airlink Pumas have as a strength is that they are a settled side. There might be some challenges that we may experience against the Pumas which we did not have against the Sigma Lions, but I believe we have got to look after ourselves and make sure that our processes are in place coming into Friday’s game.”

The big question ahead of Friday night’s clash, like every other week, is whether the Vodacom Bulls will field a team that is full of players who have been participating in the Vodacom United Rugby Championship or will be resting those players ahead of the crucial quarterfinal scheduled for next week against the Cell C Sharks.

Groepes responded: “Between director of rugby, Jake White, and Carling Currie Cup head coach, Gert Smal, they would like to make sure that the full squad is running fit. I believe the players will look to get some good time under the belt for those who need some game time.”

The Carling Currie Cup has proven to be a two-horse race for the top spot on the log between the Vodacom Bulls and Toyota Cheetahs. The two sides will square up against each other in the final round of matches before the semifinals, and there is increasing interest whether the team from Tshwane already has one eye on that top-of-the-table clash scheduled for June 11.

“The Toyota Cheetahs are the unbeaten side in this competition at the moment. I think where we are, we have got to focus on the Pumas this week and make sure that we do the job on Friday night, firstly,” said Groepes.

“We still have about three weeks to prepare for the Toyota Cheetahs and when we get there, hopefully, we will be very well-prepped.”

The Vodacom Bulls will announce their team to face the Airlink Pumas on Thursday.

The match will kick off at 19h00 on Friday and it will be televised on SuperSport.