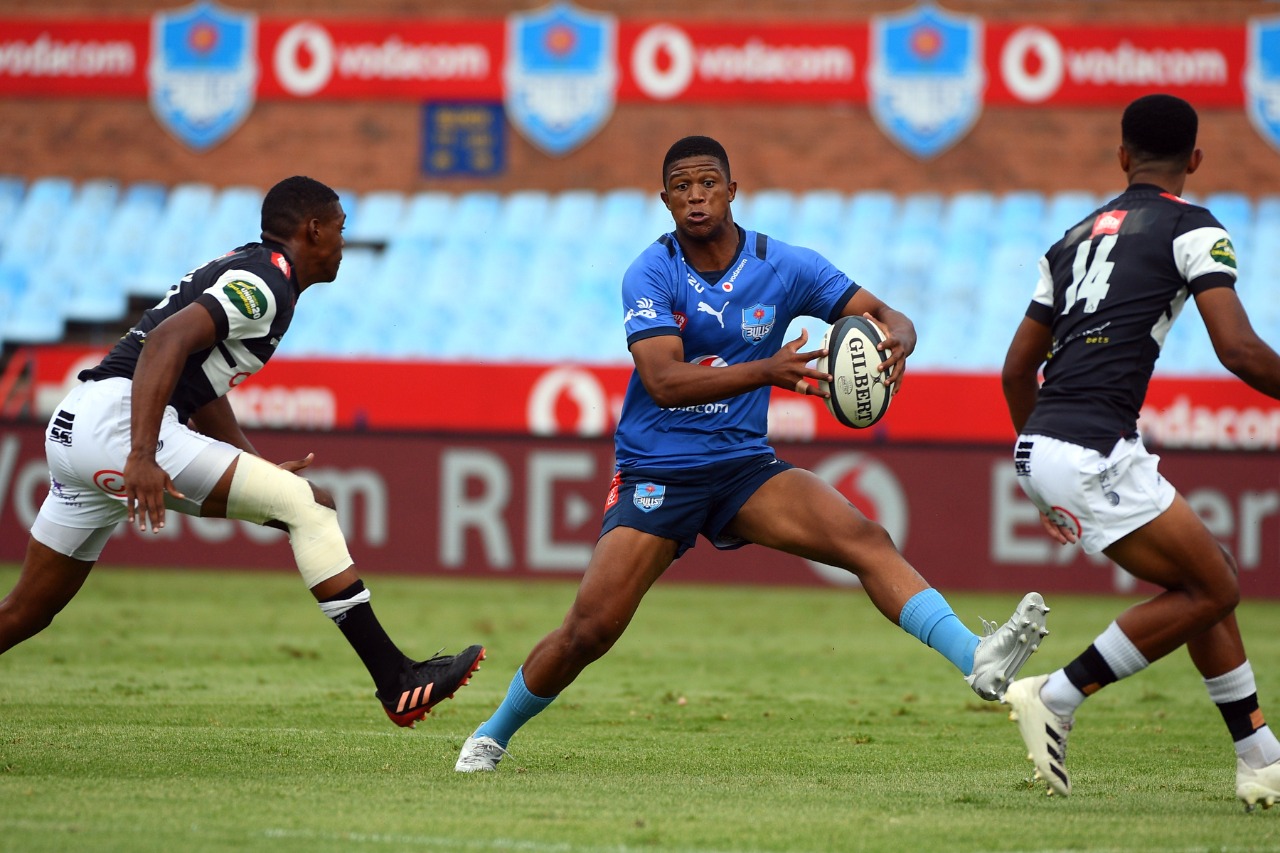 The Vodacom Bulls Under-20 side now sit in second place on the SA Rugby Under-20 Cup log following a hard-fought 45-40 win against Cell C Sharks under-20 in a high-scoring encounter at Loftus Versfeld on Saturday.

The clash between the two sides began at high intensity with either side showing their intentions and hunger of wanting to claim the bragging rights in the game that doubled up as a curtain-raiser to the Vodacom United Rugby Championship match between the Vodacom Bulls and Irish side, Munster Rugby.

After an end-to-end opening quarter of the game, it took the sides 17 minutes to break the deadlock, with the visiting Cell C Sharks U20 side opening the scoring with a try before the home side was awarded a penalty try in the 20th minute to gain the lead for the first time.

The Cell C Sharks added another try and penalty before the half-time break, but that was not enough as the Vodacom Bulls U20 team scored twice with tries from Tiaan Lange and Neil le Roux to take their lead after the opening 40 minutes to 19-13.

Winger Katlego Letebele got the scoreboard ticking early in the second half when he dotted down in the 42nd minute. This was before the visitors accelerated their efforts and were rewarded with two back-to-back tries, followed by two penalties.

It was then time for the Vodacom Bulls bench to come to the party, and replacement props Juann Else and Tielman Nieuwoudt dotted down for the home side. Despite another five-pointer from the Cell C Sharks, the Tshwane-based side had by then done enough to pip the visitors 45-40 in the end.