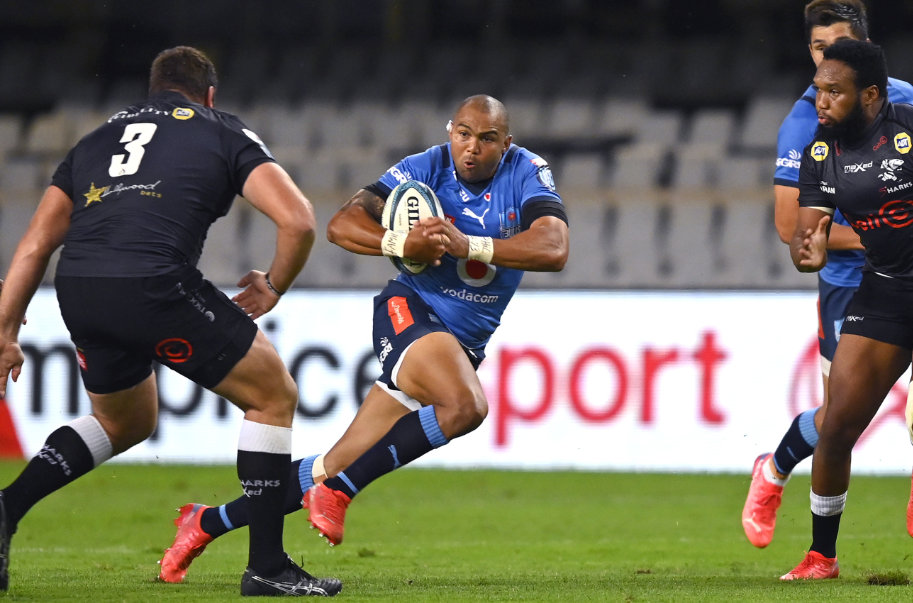 Cornal Hendricks Is All Heart For The Game He Loves

United Rugby Championship and Roc Nation Sports International recently launched the ‘Player in Focus’ content series which aims to inspire change through the voice of its players.  The league is working with Roc Nation Sports to shine a spotlight on its players, their unique stories and the impact they are making on society.

This series forms part of the United Rugby Championship’s ‘Take on Tomorrow’ programme designed to inspire change through the power of rugby and provide a platform that recognises the impact that its players and teams make away from the field of play.

Cornal Hendricks remembers the day he dropped to his knees, and as the tears streamed down his face, he prayed something he thought he never would. Alone for weeks as he locked himself away from the world, and locked into his own world of emotional pain, Hendricks prayed that the deep love he’d had for rugby since the age of nine would be taken away from him.

“Please,” prayed the celebrated Springbok and Vodacom United Rugby Championship star with the Vodacom Bulls. “Just take this emotional pain away.” And that’s when the very heart that had supposedly failed him and which doctors had diagnosed in 2015 as having a life-threatening condition that could cause cardiac arrest on the field, was filled with peace.

“I remember a calm feeling came over me and I knew I just had peace in my heart. If it wasn’t for the Lord and that peace, I would’ve probably been an alcoholic or have a drinking problem. I don’t know where I would be. It was tough. That was a dark time for me.”

It’s at this moment when a man who stands over six feet tall and weighs almost 100 kilograms, has a shaved head and is inked like a warrior, says, “Just give me a moment”.

As he reflects on the lowest point in his life, Hendricks also reveals how it opened his eyes to his highest calling and the birth of the Cornal Hendricks Foundation. For three years, when no team wanted to touch him for fear of his heart condition, Hendricks immersed himself in changing his community and offering young children the hope of a better future.

“When it all got taken away from me I realised I needed to go back to my community and still be a role model for our children there. I decided to start the Cornal Hendricks Foundation, which uses rugby clinics to teach life skills as well. I thought if I could inspire people while I was playing rugby, why can’t I do the same even if I’m not playing rugby. Rugby teaches you how to be a team player and care about another person you respect. It teaches you discipline and to work hard for what you want in life. I needed to share that knowledge with our community’s children.”

As he returned to the roots of his own community and was reminded again how hard some people’s lives truly are, Hendricks started to see his own life differently.

“When you play rugby, you live in a bubble. I mean, I was a Springbok, I had a big contract. I’ve stayed in a big house, I’ve driven a BMW. And sometimes you get lost in that world. You think the world owes you. I lost myself there for a moment. And when I lost everything and went back to do the foundation work. You see children who only have one meal a day, and we’re handing out food parcels for them. I became less the rugby Cornal and actually the Cornal that goes out and is himself. I could say, ‘Listen, this is me’.”

It’s a revealing moment for a man who is built rugby tough. South African rugby tough. Raised in Wellington in the Cape winelands, Hendricks is from the coloured community where beyond the rugby his father played and passed on to him and his older brother Clinton, it was his mother who truly raised him and who loved the game as much as he did.

“I remember one time we toured to Durban as the Boland Central team. So I was getting the ball and as a nine-year-year-old boy, I run down the touch line. And mom, when I look over my shoulder, mom was running next to me and diving with me, scoring the try. She came to every single practice and game I played,” he says.

The game he loved and played in the streets until dark, and which he was first coached in by Mr Kibadu – a primary school teacher he still thanks to this day – proved elusive at first in terms of his desire to play it for a living. After school Hendricks worked on farms and in factories, and then made his breakthrough playing for Boland. In 2011 he was called up to the Springbok Sevens team, affectionately known as the Blitzboks, and emerged as their new star. In 2014 he transitioned to the 15-man game and was playing for the Free State Cheetahs when then Springbok coach Heyneke Meyer called him up late that year.

“There was my name, Cornal Hendricks, coming from Wellington, amongst all those big Springbok names – Bryan Habana, JP Pietersen, Victor Matfield and Jean de Villiers. I earned 12 caps for the Springboks. In 2015 my whole world changed. I had just a signed a new contract to play for the DHL Stormers. I was also selected that year to go the Olympics with the Sevens side.”

And it was at this training camp for the 2016 Rio Olympics that the game he loved with all his heart quite literally broke his heart.

“I remember it was a Friday. I’d just come off the training field and we all went for medical checks. They called me back to tell me I must go for another few scans. And yeah, after the scans, they told me the news that I couldn’t play rugby anymore. I mean, I was just on the training field. I was just getting ready for the Olympics. Then the doc says, ‘Listen, I think you’re done with rugby’. I was like, ‘No doc, you’re not serious. You must be kidding me’. And he said, ‘No, I’m serious. You need to hang up your boots. Your career’s over’.”

“Rugby was my life. My whole world was shaking and I didn’t know how to respond. I just locked myself up in my house I didn’t want to face my family or my girlfriend. I remember every single day waking up crying and then crying myself to sleep. I couldn’t watch the game or even read about it. I heard from nobody in rugby. That was the saddest part in my whole career because I was left alone. I felt betrayed. I just felt like one moment you were the hero of the whole country and the next moment you were nothing. I was fighting every single day just to feel like a human again.”

The rugby world now started to see a new Cornal Hendricks as well. And that’s when the Vodacom Bulls phoned.

“They told me, ‘Listen, we would love to give you another chance to play rugby at the highest level again’. I must also mention Tiger Rugby in the United States. They first created that platform for me to play on the big stage again. And after my performance there the Vodacom Bulls phoned. I was like, ‘Just tell me when, where I must be, I will be there’.”

Hendricks is now playing some of the best rugby of his life, is once again in the conversation for Springbok selection, and revelling being part of a vibrant new competition such as the Vodacom United Rugby Championship which he says shares his passion to use rugby to change people’s lives.

“The URC is actually in favour of changing people’s lives. That, for me, is everything. That’s what I stand for. I’m very thankful that I can be part of that, on the pitch and off it. For me it’s about being hands on. You think you’re changing people’s lives, but they’re actually changing your life. You realise how fortunate you are. We had a young girl who had a really bad accident a few years back. Her name is Poppy. She was badly burned. She came to one of the Vodacom URC games. Just to give her a jersey and just to give her a high five. That, for me, is the ultimate power of this game to put a smile on somebody’s face. I don’t think there’s any feeling they can replace with that, just giving back.”

And for this, Cornal Hendricks’ heart is as happy and strong as ever.