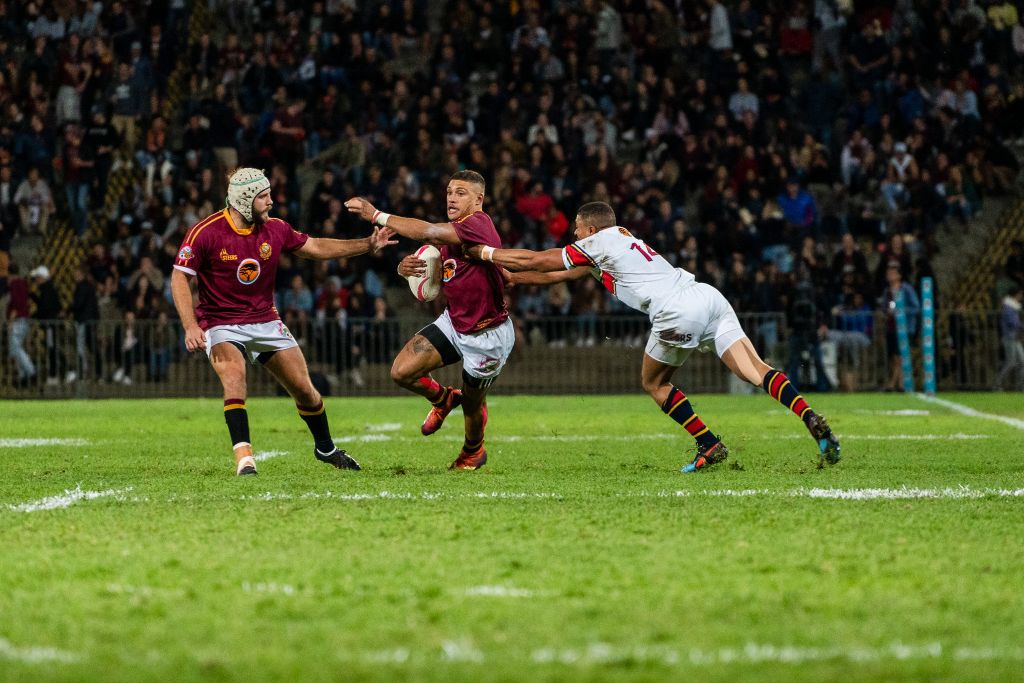 The FNB Maties claimed a second successive FNB Varsity Cup title as their late charge overwhelmed the FNB UP-Tuks 34-12 at the Danie Craven on Monday night.

Much like a heavyweight boxing match these two teams utilised their big guns to try and pummel their opponents into submission, with little room for much flair. Flanker Johann van Niekerk, who was the FNB Player That Rocks in last year’s final, went over for the first score of the game before both teams had even settled down.

The rest of the half saw more of the same in terms of physicality but Munier Harzenberg managed to grab a try among the corporeal exchanges. Flyhalf Jordan Chait added the extras and at 12-0 the FNB Maties had a handy lead going into the break.

After the break it was more of the same for Van Niekerk as he went over for a seven-point try and suddenly the FNB Maties looked comfortable at 21-0. This comfort was short lived as FNB UP-Tuks winger Dewald Naude went over in the corner, before doing the same a few minutes later in the other corner. This two try burst, combined with a conversion by flyhalf Tinus de Beer, saw the visitors narrow the gap to 21-12.

A huge moment in the final took place shortly thereafter as FNB UP-Tuks fullback Vaughen Isaacs was shown a straight red card for a dangerous tackle on FNB Maties scrumhalf Brendon Nell. The men in maroon made the numerical advantage count first courtesy of the boot of Chait before Harzenberg scored a superb try to clinch the title for the FNB Maties and secure him the Steers Kinging Moment award. Chait kicked the conversion and a penalty shortly thereafter, putting the final nail in the FNB UP-Tuks coffin.