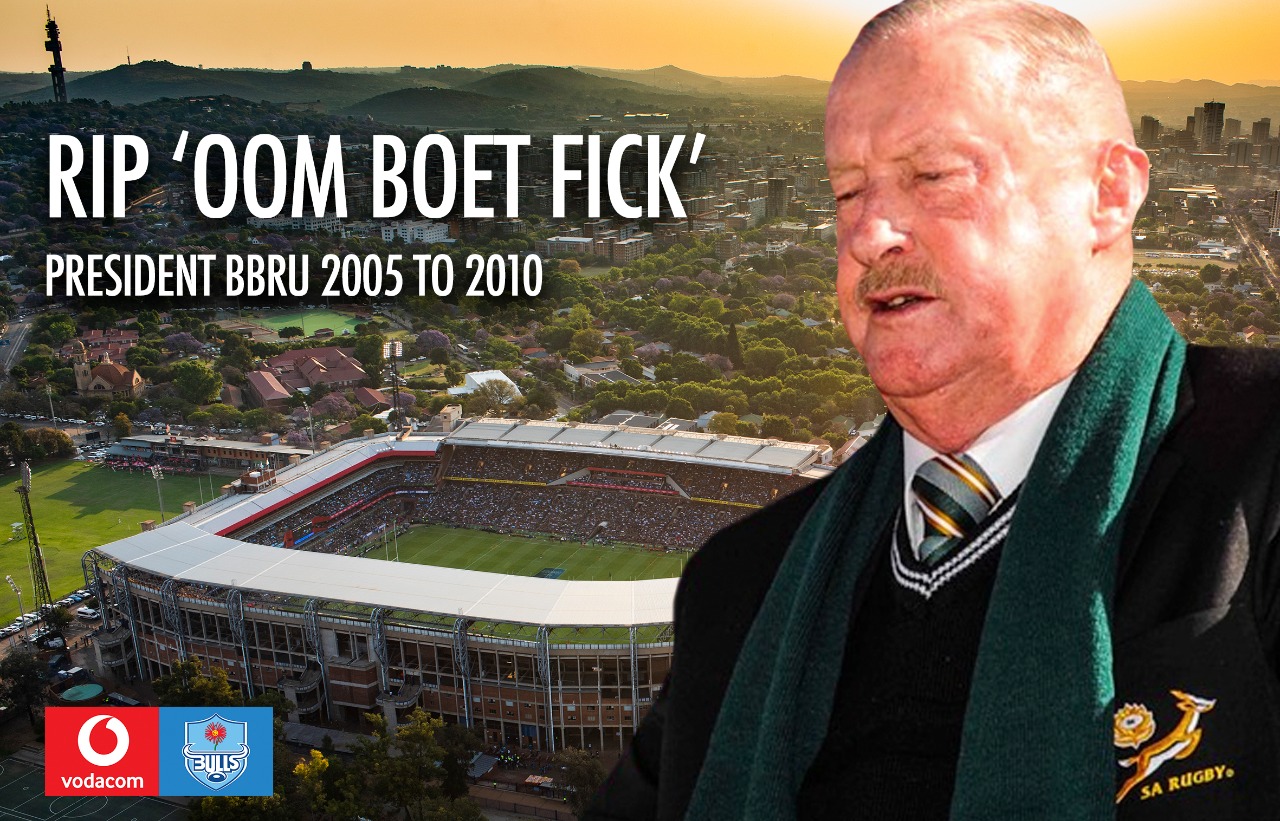 By Sean McMahon28th Jun 2021No Comments

The Vodacom Bulls are saddened by the passing of Nicolaas Hendrik (Boet) Fick, more affectionately known as Oom Boet Fick.

The Charismatic, humble, and soft spoken Oom Boet, served as president of the BBRU from 2005 to 2010, having deputized before that from 2002. He was then elected to the SA Rugby Executive serving for a period of 8 years before stepping down in 2018. Oom Boet was the absolute definition of a ‘rugby-servant’ loving, respecting, and serving the game at every opportunity he got.

Willem Strauss, current President of the BBRU, shared a few fond memories, “Oom Boet will go down in history as an unsung hero at Loftus, doing the hard yards behind the scenes to make sure our beautiful game continued to grow and flourish. He always had a few kind words and advice for me in my role and those around him in our system. I remember him joking on the day I accepted the role as president, saying that he won all the major cups during his term, and now I needed to go forward and do the same.”

“We knew each other for a little over 30 years, from the days of Far North and even South-Eastern Transvaal Rugby. In that time, he shared many valuable lessons not only in sport administration but also personally. He will be sorely missed by all at Loftus. Our sincerest condolences go out to his family and loved ones.”

“His passion for the team, badge and Loftus ran deep… and we have no doubt that his legacy will live on what we do.”