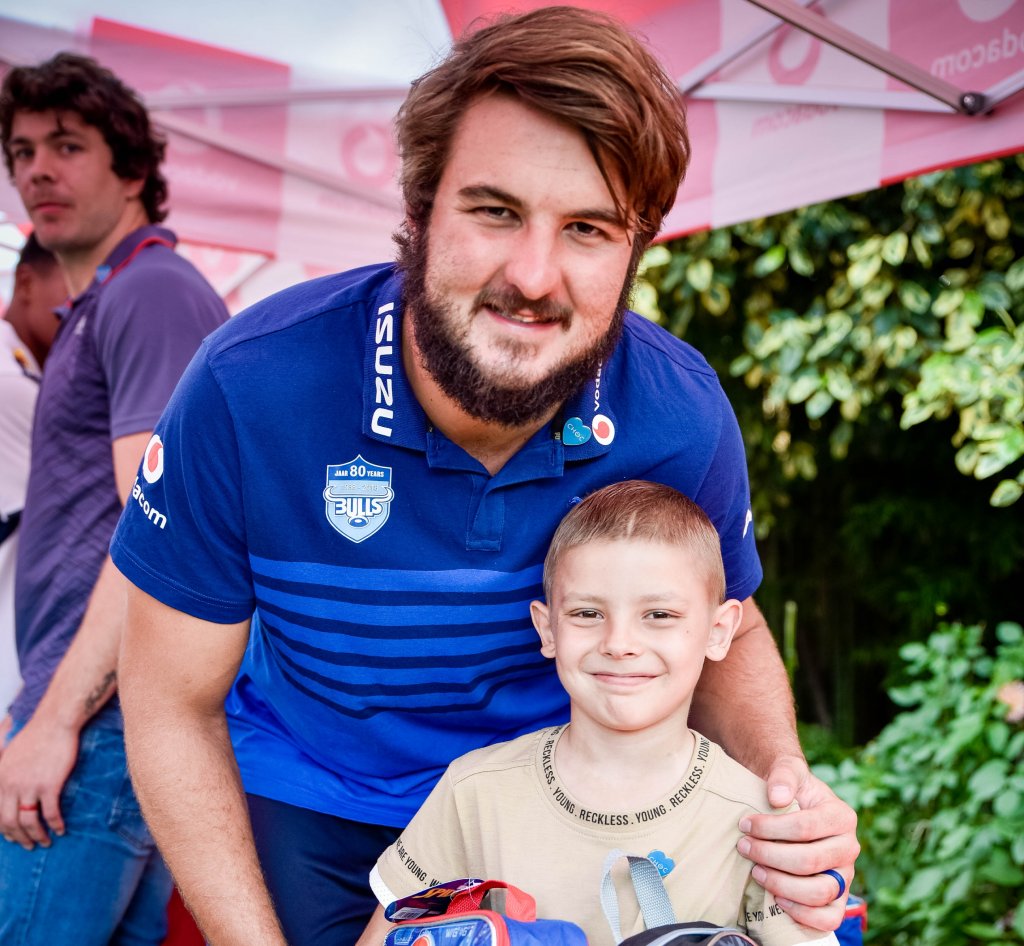 That moment in any Vodacom Super Rugby match that makes a big impact. About 8Gs of impact according to some sports scientists. Not just once. Several times over in any given match.

And those same scientists will tell you that one of the most basic laws of physics is that if you put enough forces together, you are destined to make a very big impact.

The kind of impact that Vodacom and SuperSport are hoping to make in the 2019 Vodacom Super Rugby season.

For every tackle made by a South African player this Vodacom Super Rugby season, Vodacom and SuperSport will together donate R100 to CHOC Childhood Cancer Foundation in support of those who are taking even bigger hits on a daily basis.

For 40 years, CHOC has been the only organisation in South Africa that provides nationwide comprehensive support to children and teenagers with cancer, life-threatening blood disorders and their families.

“We are #TacklingCancer in a very real way this Vodacom Super Rugby season. It’s a season dedicated to heroes through our ground-breaking collaboration with Marvel and the superhero-themed kits that the South African teams will wear for the local Derbies. With the CHOC tackling cancer initiative it’s a season where we’re showcasing the real superheroes of everyday life, through the players supporting our cause and the brave children and their families fighting cancer on a daily basis,” said Michelle van Eyden, Executive Head of Sponsorship at Vodacom.

The aim is to raise R1 million throughout the season.

Rugby fans can also contribute by adding R5 for CHOC to every Vodacom Super Rugby match ticket they purchase, buying CHOC merchandise at the CHOC Shops that will be at every stadium for the South African Derbies, or going to www.choc.org.za and making a donation.

“We are delighted to partner with Vodacom in supporting such a worthy cause for the 2019 Vodacom Super Rugby season. Every weekend for months on end we broadcast these incredible tackles that define matches, and it’s a privilege to know these same tackles will now be helping to change the lives of the real superheroes,” said Gideon Khobane, SuperSport Chief Executive

The Vodacom Bulls will take part in a CHOC hospital visit, while the Emirates Lions and DHL Stormers will host CHOC House Parties, and the Cell C Sharks will take the CHOC children for a movie night.

“We are extremely grateful to be part of the Vodacom Super Rugby initiative, especially in this, our 40th anniversary year. The children and teenagers with whom we work are superheroes themselves, having to face many a daunting challenge on their cancer journey. CHOC is proud to walk this journey with them and their families and we know they will be very excited to have a few real-life superheroes to spend time with” said Carl Queiros, Chief Executive Officer, CHOC Childhood Cancer Foundation SA.

This will be a Vodacom Super Rugby season when the real heroes stand tall.

A season when a tackle will create a force that will be felt in a world where the real heroes need every bit of support they can get.

Remember to follow the hashtag #TacklingCancer. It’s more than just a rugby game.