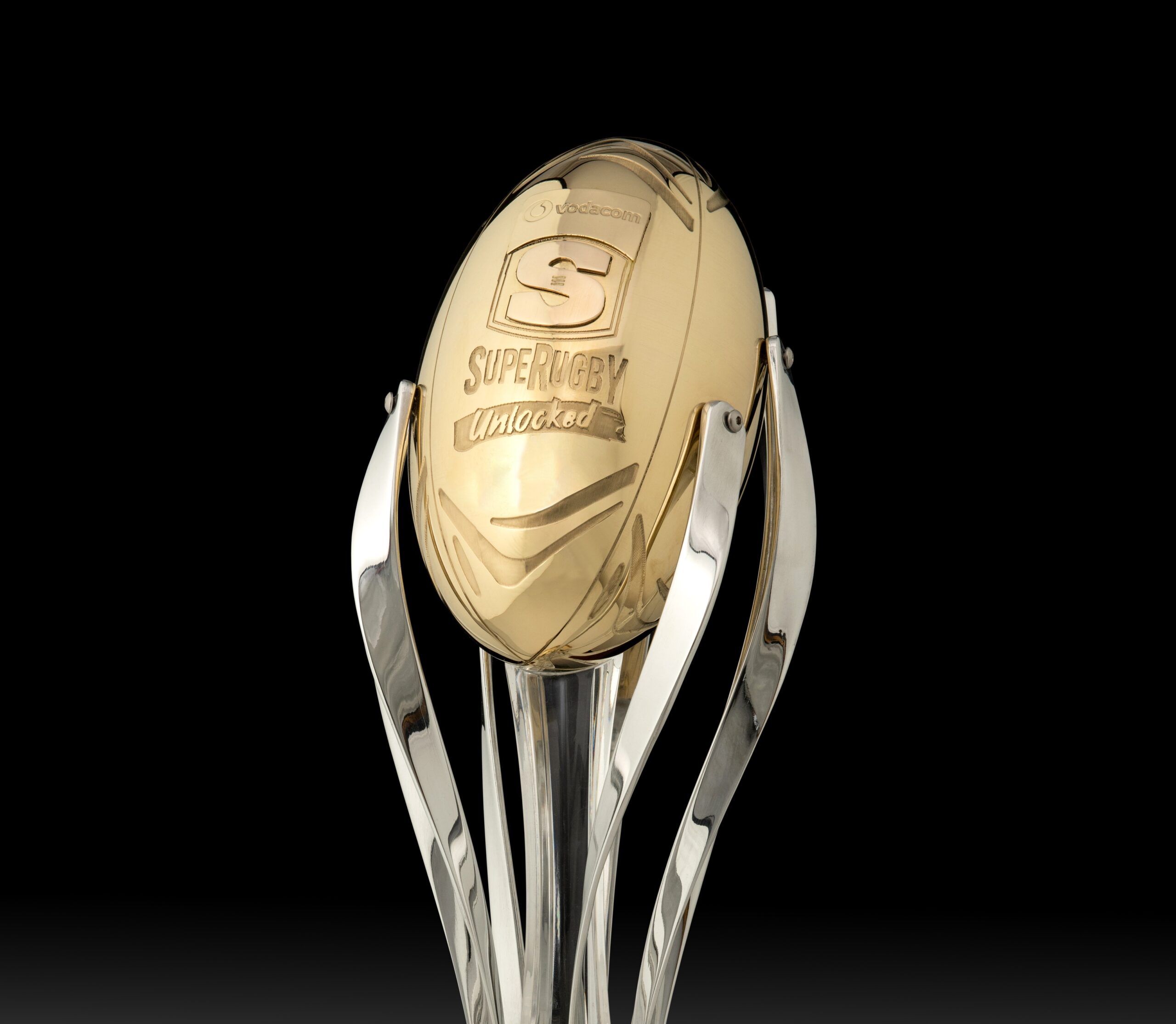 A unique creation for a moment in rugby history

How do we say goodbye to 25 years of Vodacom Super Rugby? Of Fridays and Saturdays that were our world? Of moments that are our memories? Of scores that are etched into our hearts?

It has taken 25 years to reach this moment. A moment when the whistle will blow for the final time in the history of Vodacom Super Rugby – 25 years after it blew to signal the start of the most gut-wrenching, heart-stopping, fist-pumping rugby competition the world of sport has ever seen.

A moment when we will all say goodbye to something that has been a part of us – as players and as fans.

The 2020 Vodacom Super Rugby Unlocked trophy will represent the ultimate tribute to the pure resilience, longevity and passion of one of the toughest competitions in the history of rugby.

“For the last Vodacom Super Rugby tournament, we wanted to create something that encapsulated the history of the past 25 years and which had a heritage feel to it, but which also looked to the future and portrayed the possibilities in that,” says Liam Dobell, Head of Rugby for Vodacom.

So from the workshop of Gilles Raffle and the team at MascotOne comes the new Vodacom Super Rugby Unlocked trophy. A trophy for one season, but also a trophy for 25 years of reasons.

A trophy that stands on the cusp of a new dawn in the game.

“The meaning of this trophy is so much more than just an idle piece of metal someone holds up in the air,” says Raffle. “We wanted to create something that was unique for this moment in our rugby history, and which was a fitting farewell to this great competition. In a way, I’m quite sad we’ll use it only once because it’s just so beautiful. But there is also a beauty in that. It is the last one, and that makes it momentous.”

The trophy’s core materials of brass and aircraft aluminium are edgy and lightweight, but tough and resilient, representing the evolution of the competition and the physical attributes it has demanded of the players.

The base contains the name of every single winning team, and from their collective rugby glory seven arms emerge and spiral and twist upwards in flashes of silver, echoing the players and teams that have reached onwards and upwards towards rugby glory over 25 years.

The seven arms are distinctive this year, representing the seven South African teams that will compete for the final trophy in the history of Vodacom Super Rugby, and in a year of change and challenge.

The front two arms form the unmistakeable “V” of Vodacom, the company that was there in 1996 when it all started, supporting a vision and helping to turn it into a legacy. And at the pinnacle of these seven arms, a golden rugby ball rests at an angle as if placed on a kicking tee, ready for what comes next in the game of rugby.

“The seven arms were key for us as they reflect the uniqueness of the tournament this year and Vodacom Super Rugby Unlocked with our seven South African teams. And the golden rugby ball and its positioning was purposeful in the sense of focus that it provides.

Think about Morné Steyn, an absolute professional of his craft, and how he positions the ball on the tee in a specific way. That element of the actual game was what we wanted to incorporate into the timelessness of this trophy. That message that we’ve been part caretakers of this great competition for 25 years, and now we’re helping to move the ball into the future,” says Dobell.

At the end of this year’s Vodacom Super Rugby Unlocked, one team will lift a trophy that represents 25 years of rugby. But also a trophy that will represent 200 hours of 3D modelling, layout and design just to get it to the physical production phase. And from there, to the machinery required to twist and turn and forge and cut for 10 hours. Then to be handed over to a team of buffers that use their hands to shine those metals. South African hands, working together as their own team for 300 hours in total to produce this 49-centimetre-tall monument to rugby.

This year, at the final blast of the referee’s whistle, the last team will add its name to 25 years of Vodacom Super Rugby history.

“Any success in something unique is the story and meaning behind it,” says Raffle. And there is a deep meaning in Vodacom Super Rugby.

The meaning behind this season is simple.  It is finished.  And now, through this trophy, it will live forever.