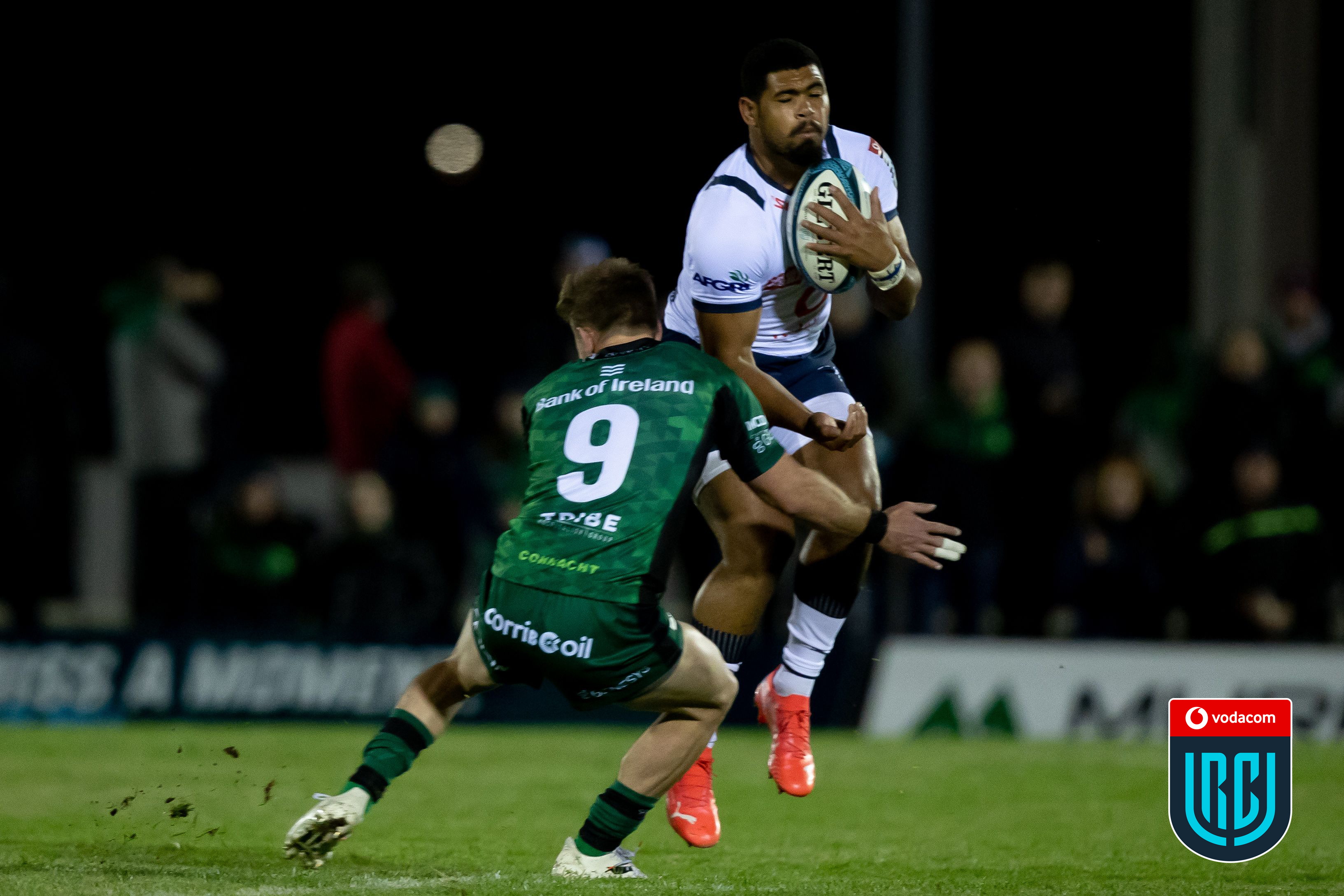 After a month on tour with the Vodacom Bulls, Stravino Jacobs is more ready than ever to take what he learnt from the senior players in the cauldron of European competition and launch himself into the South African leg of the Vodacom United Rugby Championship later this month.

For a player who only three years ago was still running out for his high school Paarl Gimnasium, the 21-year-old Jacobs has the sense that he’s done the studying he needs to do, and that now is the time for him to test himself against some of the best international players in the game.

“I want to grow as a player and be challenged,” says the winger nicknamed Rocket Man. And he admits that his first major tour with the Vodacom Bulls to the United Kingdom in October convinced him once again that he’s exactly where he needs to be as a player now ready to take the step up that’s required of him.

“My focus for that tour was to learn from the experienced players in the Vodacom Bulls,” says Jacobs. His first long tour with the Vodacom Bulls provided plenty of growth for the young winger. From their opening match against a powerful Leinster outfit in Dublin, Jacobs saw first-hand the step up this competition will demand.

Up until then he’d tested himself largely against South African opposition and enjoyed great success in his short time with the Vodacom Bulls. But as he sat on the bench in the Aviva Stadium in Dublin, he watched his Vodacom Bulls teammates take on a Leinster team filled with Irish internationals and a sprinkling of British and Irish Lions players.

“The Vodacom United Rugby Challenge has been a big step up for me mentally. It’s been great to see the physicality on the field, and the intensity of our own training sessions. That was my first long tour with the Vodacom Bulls. The hard work and discipline required to play professional rugby is massive. I see it with the senior players in the Vodacom Bulls. They are all incredibly disciplined about their careers. If you’ve come straight out of school like I did, it’s something you need to prepare yourself for mentally. But coach Jake White backs you a lot as a player and he gives you a lot of confidence in yourself, and when you get your chance, you need to take it.”

Jacobs certainly took in everything he could on that tour as he sought to grow from the player who was highly regarded in his time at Paarl Gimnasium and then as a member of the 2018 SA Schools squad, before Loftus Versfeld came calling. Yet he admits that when he first arrived at Loftus, he wasn’t sure it was the right place for him.

“It was a big honour for me to join the Vodacom Bulls right out of school. My dream was always to play for the Vodacom Bulls because I saw other players really grow there. But in the first two weeks of arriving at Loftus Versfeld, I was a bit unsure. You know, I finished school, had a brief period off, and then went straight to the Vodacom Bulls. I didn’t think it was for me, and that maybe I should go back to Cape Town. It was coach Nollis (Marais) who told me not to worry and to just be patient. And then I just settled in. The culture at the Vodacom Bulls is incredible. The players really stand with each other.”

And in a senior player like teammate Cornal Hendricks, Jacobs has found exactly the mentor he was looking for.

“I look up to Cornal a lot. He’s a big inspiration for me, especially in terms of how he plays in his position. He’s got a fun side to him, but he takes his rugby very seriously, so I do my best to stay in his good books.

“But Cornal has spent a lot of time sitting with me and advising me. He’s a big one for not complaining and just getting on with the job you’ve been given, and he advises me to do the same. I really feel like he wants the best for me and wants to bring out the best in me. So, whatever he tells me to do, I’ll do it for him.”

Jacobs is certainly in an environment that will challenge him. Under Jake White’s tutelage and with the Vodacom United Rugby Championship as a platform, Jacobs is at that meeting point of excellence with South Africa’s top rugby team and opportunity in a new international competition changing the face of rugby.

The ball is now quite literally in his hands.

And there’s no doubt that when the north arrives in the south this month, he’s ready to take that opportunity and run with it.