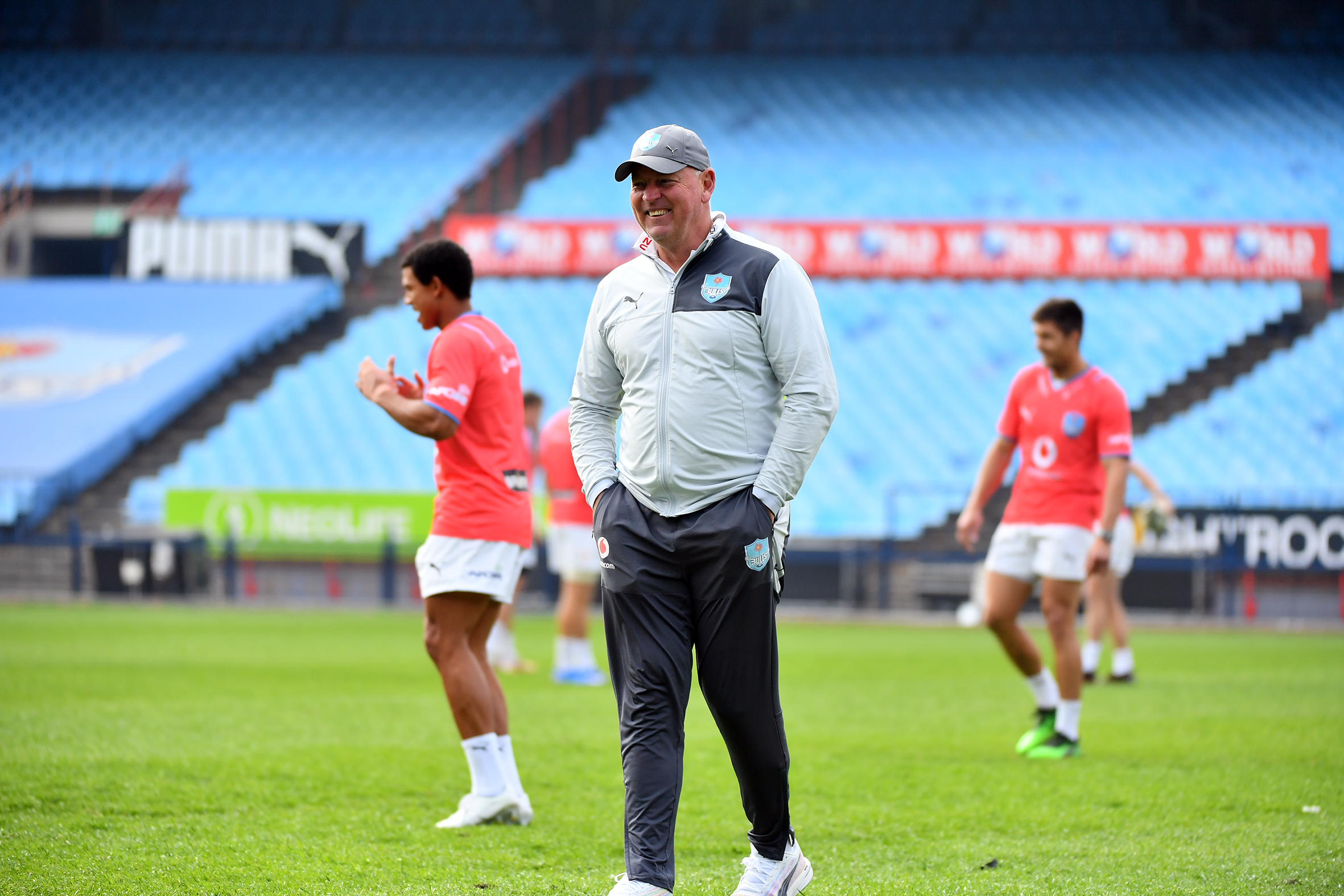 GALWAY, Ireland – Jake White emerged with an even clearer vision of the future he is working towards with the Vodacom Bulls following their defeat to Leinster in their Vodacom United Rugby Championship opener in Dublin this past Saturday.

“Leinster are the benchmark of European rugby and that is what we want to get to. They’ve got it right. There’s definitely a secret to success to what they’ve done. If you look at the way Leinster have done things, you can’t go too far wrong to almost emulate what they’ve done. It’s a winning formula,” White said after his team’s 31-3 defeat against the powerhouses of European rugby.

“They’ve got an academy that works very well for them. When they lose their international players, the next group of academy players come in and they stay at that same level. That’s where we want to get to. We want to get to that comfort zone. It doesn’t happen overnight, but that’s part of what we’re working towards as a group. They’ve also got coaching staff who’ve been around the club for many years, and then their players get exposure to international rugby. As the Vodacom Bulls, that’s where we want to get to. That’s what we’re working towards.”

White said he sees in Leinster’s ongoing success the blueprint of exactly what he wants to keep developing at Loftus Versfeld, and which the union has already embraced as it has strengthened its ties with the traditionally strong local feeder schools and the Pretoria rugby clubs.

“We want a situation where our junior players stay at the union for a long time, grow as players, get international experience, and hopefully stay on with the Vodacom Bulls as well. That’s where we, and myself as Director of Rugby, are working hard to try and keep that team together for a longer period of time. We want to get to the level of skill and depth a team like Leinster has.

“Leinster are the leaders in the Vodacom United Rugby Championship. If you’re going to win this competition you need to beat them. Much like the Crusaders were in Vodacom Super Rugby. I want my players to make sure they remember that this is the benchmark. If we want to become like that, we’ve got to put that in our learning as well and understand that that’s what we want to get to.”