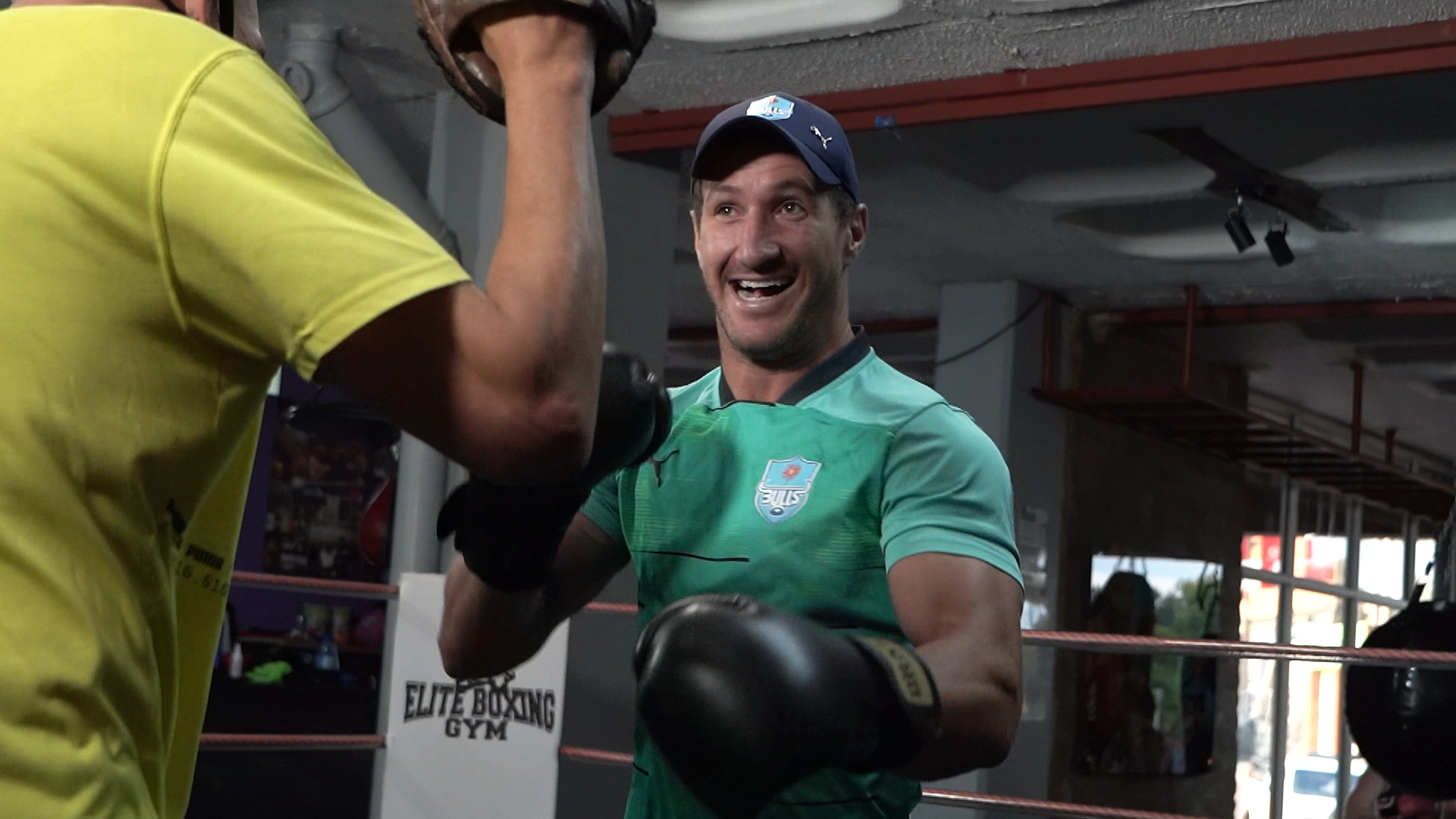 Boxing is fast becoming one of the most effective tools in the rehabilitation from injury of professional rugby players, and the Vodacom Bulls have taken this to the next level with double world champion Sebastiaan Rothmann quite literally in their corner.

Through his work with the Vodacom Bulls strength and conditioning team, the former WBU and IBO cruiserweight champion is helping to provide that 1% that makes such a difference at the elite level of the game.

Rothmann’s extensive boxing experience and his passion for the Pretoria team has combined with Vodacom’s spirit of innovation and similar passion for the game as a potent one-two that is unlocking a new future in rugby rehabilitation.

“Sebastiaan works very well with our strength and conditioning team and the players, and the boxing is a nice add-on not only for the final phase of rehabilitation of players coming back from injury, but also for the general conditioning of our players,” said André Volsteedt, the Strength and Conditioning coach for the Vodacom Bulls.

“The players in general feel it helps a lot with their general speed and explosiveness while also ticking the cardiovascular box, especially with players coming back from lower limb injuries. Sebastiaan is also extremely professional in that the players are taken through a comprehensive programme that he works out individually with each one of them, and they’re taught the correct boxing skills from somebody who still trains some of the top boxers in South Africa.”

Rothmann first started working with rugby players in 1998 – including Wynand Olivier, Pierre Spies and Francois Hougaard – so he brings 24 years of refining this process to an art to his work with the Vodacom Bulls.

“In boxing, you’re always working on getting the body in the strongest possible position to execute. It’s the same in rugby. Reaction time is also key to both sports. In rugby it’s that ability to get back into action as soon as you’ve been tackled or have tackled another player. And in boxing, concentration and focus when tired is vital otherwise you’re going to get punched. We work on developing that with the rugby players as well – that ability to stay focused in the last few minutes of a physically demanding match, when the most mistakes can occur. There is also a lot of lateral movement in boxing, whereas rugby is a more linear sport. So boxing helps to bring a more rounded condition to the player.

Rothmann also says the mental benefit for the players shouldn’t be underestimated. 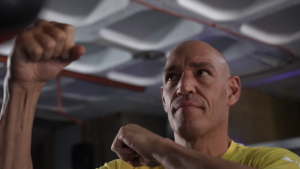 “Boxing puts the player in a different mental space to what he’s used to, so it’s liberating in a sense. It’s something different to the usual training – something fresh for the mind as well as the body. Boxing also teaches the importance of staying in the moment because the patterns are changing all the time. That’s effective for teaching a player to react to what’s in front of him. Other players have told me it’s helped them improve their peripheral vision on the field.”

Vodacom Bulls flyhalf Johan Goosen is currently working with Rothmann as he returns from a knee injury sustained on the team’s UK tour in the Vodacom United Rugby Championship last year.

“It’s been great in terms of the cardio element during my rehabilitation because you can’t always push as hard as you want in a pool. But I’ve also seen it improve my general conditioning. I used to have pain in my shoulders from old injuries, and since I started boxing with Sebastiaan that’s gone away. I also love the speed it’s brought me. I’ve done a lot of rehab in my career, and rehab is generally a mental battle. Boxing makes you mentally tough while at the same time taking your mind away from your current situation,” he said.

Rothmann says he takes great pride in being able to work with Volsteedt and his team on giving the Vodacom Bulls players every edge possible, and he even predicts that disciplines such as wrestling and grappling in MMA will begin to be incorporated into conditioning programmes for forwards to improve their performance at the breakdowns.

“The conditioning coaches at the Vodacom Bulls are the best in the game. Their knowledge is incredible. The modern rugby player is also so well conditioned. It’s a privilege for me to work with them to try and bring that extra 1%. As a lifelong Vodacom Bulls fan who used to watch Naas Botha, Johan Heunis, Burger Geldenhuys and the other greats, it’s a dream come true.”

And with his own world titles taken care of, Rothmann says his priority right now is playing his part in a new Vodacom United Rugby Championship title shot for the Vodacom Bulls.